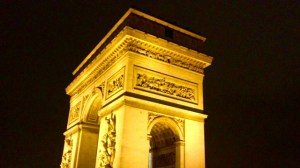 After three highly successful annual events, the ECN Crowdfunding Convention is back this October in Paris. Organized by the European Crowdfunding Network, the gathering has been designed as a reference point for the pan-European crowdfunding ecosystem. Last year’s event saw participation across Europe including representatives from platforms, the French government, and several public exchanges.  This year’s event will tackle the EU push regarding the Capital Markets Union and its impact on both debt-based and equity-based crowdfunding.

There is a growing sentiment, within the European Commission, that innovation and entrepreneurship must be at the forefront of a cogent economic policy.  Access to capital is paramount for this to occur. Internet finance has the power, and potential, to transform economies and creative finance is rising in most European countries to accomplish this goal.

Hosted by Bpifrance in the heart of Paris once again, the list of confirmed speakers so far are as follows: