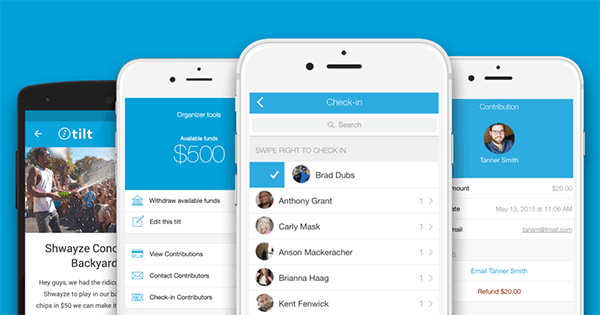 Co-founder and CEO of Tilt, James Beshara, declared in a blog post:

“Tilt Nation! We’ve taken your feedback over the last few months, and we’re excited to announce some big improvements to make the best Tilter experience yet.”

Check out the new features below:

“We’ve added a brand new organizer tools section in our mobile apps to allow you to easily withdraw funds, issue refunds, check people in to an event or party, and search for contributors—all from your pocket.”

“Our Android app, which was launched just over 4 months ago, has now reached the same functionality as our iOS app! (a.k.a. our Android team absolutely crushed it.)” 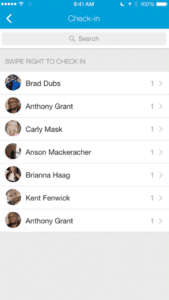 “Inviting and Tagging friends to a tilt is now easier than ever. After you create or contribute to a tilt, you can invite others simply by typing in their name and tagging them (and to make our organizers’ lives easier, we’ll automatically send reminders to invitees so you don’t have to!). We’re also excited to introduce Groups Beta, which will allow you to invite entire groups with one tap—perfect for friend groups, Greek organizations, sports teams, roommates, etc. (Let us know if you’d like to be a beta tester for Groups!)”

“Notification Center is now live for everyone. Whether you’re on the app or the tilt.com site, you’ll get a notification when someone joins your tilt, posts a comment, or when a friends starts something of their own.”

“We’ve streamlined the process of starting a tilt on iPhone, Android, and tilt.com. Create a tilt in the time it takes to write a tweet—it’s that easy and that quick. We also got a little GIF-crazy and added the ability to choose a GIF for your tilt’s photo (and you can even make your profile photo into a GIF too… like I said, we got GIF-crazy).” 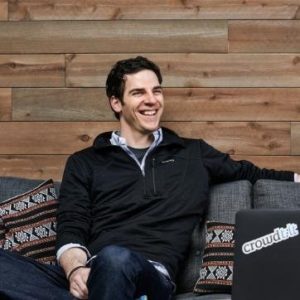 “Over the Summer, we added about two dozen other improvements including performance speeds, a revamped referral system (earn up to $1000!), perfecting our contribution experiences for any device in the world, visual lists of who’s been invited and who’s joined, and other awesome additions.

“We love building our apps for the Tilter Community more than you know, and we can’t believe how big the community is getting (there are over 20,000 live things being tilted at this very second), and we can’t wait to see what you and your group will tilt next!”