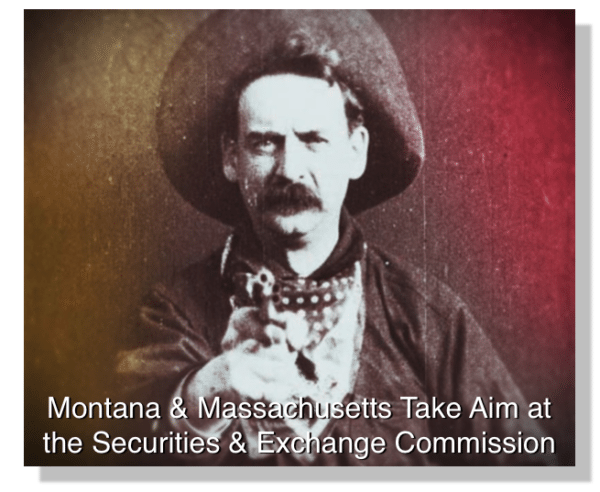 As aptly stated in one publication, Massachusetts and Montana are giving Regulation A+  – an F.  While the failing grade is perplexing to most casual observers, the battle over this new investment crowdfunding exemption and the petitioning states is nowhere near completion.

In a filing last week in the US Court of Appeals in DC, William Galvin, Secretary of the Commonwealth of Massachusetts, and Monica Lindeen, Montana State Auditor, re-engaged their attack on Reg A+ with vigor.  The lawsuit by Galvin and Lindeen is largely viewed as a proxy for the North American Securities Administrators Association (NASAA) – the lobbying group that represents state securities regulators.  This past spring,  NASAA expressed their opinion on Regulation A+, Title IV of the JOB Act, in a statement by then NASAA President Andrea Steidt; 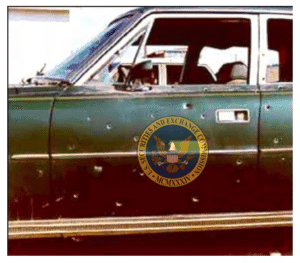 “It’s not appropriate for the SEC at any time … to exceed its statutory authority. Pre-emption is not an option on the table.”

Old Regulation A was used by pretty much no one. The individual state review for each company filing under the exemption created a substantial hurdle for issuers as the time/cost equation made no sense. This ended up driving businesses to raise capital under the far easier Regulation D exemption.  Congress explicitly tasked the SEC to fix this shortcoming, and rationally the SEC Commissioners removed, or pre-empted, the onerous “Blue Sky Review” for issuing companies using Tier II of the new Regulation A+.

On top of cutting out the state review, Regulation A+ has finally addressed a nagging issue: the exclusion of most investors in accessing certain private placements.  While inherently risky, investing in private placements can be very lucrative. Data sourced from the Angel Capital Association shows current returns for early stage investors with diversified portfolios at an annual IRR of 27% or 2.6X in 3.5 years.  Until now, only accredited investors (those earning +$200,000/year or net worth of $1 million minus ones primary residence) had access to these opportunities. Thus, the vast majority of the population has been excluded from the personal choice of where to put their hard earned money, something that is clearly wrong.

NASAA, along with Galvin and Lindeen, couch their debate as advocating on behalf of the investor. According to the most recent filing, “the states, which have reviewed securities offerings far longer than the federal government, are now barred from performing this essential role, even for offerings that are substantially sold in local-area markets”.  But is this really the issue at hand? 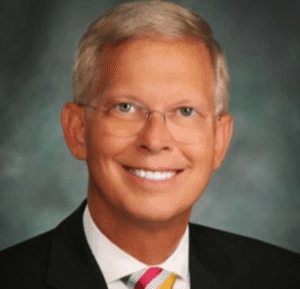 Late last week Crowdfund Insider spoke with Ford Ladd who is listed as an “Amicus Curiae for Respondent” on the case against the SEC. Ladd has been retained by the National Small Business Association to file an amicus brief supporting the SEC’s new Regulation A amendments.  Ladd shared his perspective on the states and what he believes are the true motivations behind the lawsuit;

“The State’s Joint Opening Brief ignores the fact that NASAA’s new Coordinated Review Program allows each State to impose different disclosure standards, and that these additional burdens will continue to drive small business to use Regulation D, where restrictions on advertisement and who may purchase stock allow brokers and high net-worth private equity groups to take higher premiums from the persons who sweat to build our Nation’s smaller businesses.”

“I trust the Court will see Congress intended to give the SEC discretion to do more than read the GAO Report, and that Congress also intended to give  the SEC authority to impose one federal disclosure standard on all Regulation A  offerings, one that is nearly as high as for registered companies, so that the lower 93% of U.S. Households may enjoy a 27% IRR now restricted to our top 7% of U.S. Households.”

While attempting to deflect criticism regarding the fragmented state review process by creating “Coordinated Review” – the push by states remains fundamentally flawed. Not all states are participating as of yet, and state merit review remains an ongoing question.

“At the heart of this dispute is the scope of the authority of the SEC to broadly pre-empt state review for Regulation A+ offerings under the JOBS Act for “qualified purchasers.” The position of the Commonwealth of Massachusetts is that the SEC does not have the statutory authority to define a “qualified purchaser” to include all purchasers, as the SEC has done, even though the SEC in its rulemaking has limited this to investors who are either accredited or invest less than 10% of their income or net worth.”

“What is clear is this: If Massachusetts were to prevail in its arguments, Title IV of the JOBS Act would be a dead letter – as the states would continue to have the authority to review and approve Regulation A+ offerings, even those that were approved by the SEC in their review process. It is hard to imagine that this was the intent of Congress when it enacted Title IV of the JOBS Act – and I expect that this point will not be lost on DC Court of Appeals.”

“If Massachusetts were to prevail, in my opinion investors – especially unaccredited investors – and job-creating small businesses would be the losers – certainly not what Congress had in mind when it passed legislation bearing the moniker “the JOBS Act.”” 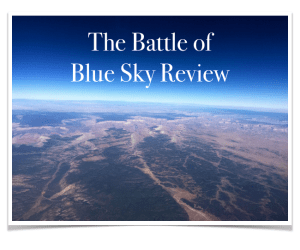 Recently the state of Washington indicated its intent to charge issuers a fee if they selected a Reg A+ exemption.   It is not much of a leap to see that Washington state, along with Montana and Massachusetts, as part of a broader conspiracy to nail the coffin shut on Reg A+. Either by saddling it with so much baggage it just sinks and drowns, or by killing it outright in an ongoing legal battle.

Ladd sees part of the squabble being a turf battle as the states feel infringed upon by the Feds. And who really benefits from all of this? Ladd sees a crippled Reg A benefiting big money: hedge funds, Private Equity and Broker Dealer networks. And who may lose out in all of this?  If the state securities regulators win both small business and small investors will be cut out of an opportunity born from a brief moment of bipartisan agreement on Capitol Hill.