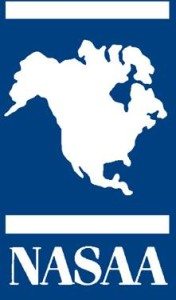 The North American Securities Administrators Association (NASAA) has called upon the Securities and Exchange Commission (SEC) to make substantial revisions to its Regulation A proposed rule.  The NASAA has requested these changes be made “to remove potential harms to issuers and investors, especially those of modest means”.

The comment letter filed with the SEC on Title IV of the JOBS Act by NASAA urged the agency to withdraw the preemptive provisions from the Regulation A proposal and work with state securities regulators to pursue follow-up rulemakings that will promote the use of Regulation A as intended by Congress.

Title IV of the Jumpstart Our Business Startups (JOBS) Act of 2012 raised to $50 million the amount of money that can be raised through these offerings.  Regulation A has been a lightly utilized exemption do to excessive restrictions.  In a recent speech given by SEC Director Keith Higgins he stated that “the exemption was rarely used, with only 19 qualified Regulation A offerings from 2009 to 2012 for a total offering amount of approximately $73 million”.  This amount paled in comparison to the widely utilized 506 private placement exemption.

In the proposed rule implementing Title IV the SEC may preempt state authority in this area.

“State securities regulators believe the SEC’s proposed Regulation A rulemaking must be revised substantially to, among other things, craft rules for the implementation of Title IV of the JOBS Act that will promote responsible capital formation, protect investors, and preserve the authority of the states to review and register these offerings. It is our strong belief that the Commission’s attempt to preempt state review in the Proposal exceeds the Commission’s statutory authority and fails to adequately consider all relevant costs and the potential harm to both issuers and investors,” said Andrea Seidt, NASAA President and Ohio Securities Commissioner.

“By adopting a rule compliant with the plain meaning and intent of the statute, while working closely with state securities regulators, the Commission will promote increased use of Regulation A for capital formation and preserve significant investor protections,” Seidt wrote in NASAA’s letter.

The NASAA believes the SEC is attempting to circumvent a “Congressional directive” to maintain state registration for offerings that are sold to unsophisticated investors and those with modest means. Specifically, NASAA opposes the Commission’s approach to define “qualified purchaser” for purposes of securities issued under Regulation A. The practical effect of the agency’s proposed definition on most Regulation A offerings would be exemption from state regulatory review, “a direct contravention of Congress’s intent when it passed the JOBS Act,” Seidt wrote.

Seidt cautioned the agency that unless its proposal is changed,

“there is a significant likelihood that issuers and their counsel, concerned about the legality of the Commission’s actions, would be reluctant to engage in Regulation A offerings. NASAA is concerned that the Commission would consider an approach inconsistent with Congressional intent and prior agency interpretations that is ultimately harmful to both issuers and investors.”

The NASAA  has announced they have hired former SEC enforcement lawyer Tom Sporkin to address the SEC proposal.  Sporkin, a partner at Buckley Sandler in Washington, DC, spent two decades working at the SEC in the Office of Market Intelligence.

The NASAA is very concerned about the possibility of state pre-emption for these offerings.  Current NASAA President Seidt was recently quoted saying;

“It’s not appropriate for the SEC at any time … to exceed its statutory authority,” Seidt said. “Pre-emption is not an option on the table.”

The association lists crowdfunding as one of their “Top Investor Threats”.