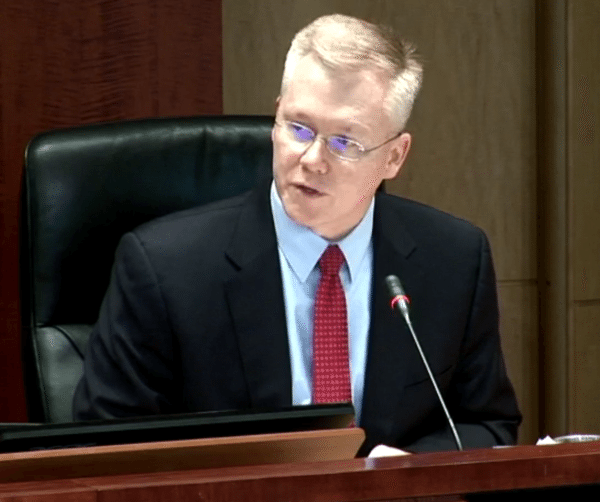 Piwowar, the lone Republican appointee following the departure of Commissioner Gallagher, expressed his concern that Title III rules will engender a complex web of provisions and need for additional compliance that will prove costly for smaller issuers. 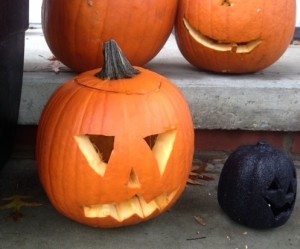 “today’s rules are full of tricks”.

Piwowar highlighted the shortcoming for accredited investors as they are capped in a similar fashion to the non-accreds.  Piwowar stated that Warren Buffet himself would be clipped at $100K.

He fears that small business will stumble if they do not “regulatory compliance at the top of their business plans.”

Regarding Rule 147 and intrastate crowdfunding. Piwowar pointed to the fact that presently 29 states and the District of Columbia have enacted intrastate exemptions. He criticized the Commission for rules that too strictly confined issuers to their state of residence and the qualifications and for the requirement the offering be limited to no more than $5 million.

The proposed changes are available for comment by the public for the next 60 days.

Commissioner Piwowar’s statement is reproduced below.

Thank you, Chair White.  Today, we are considering two items.  First is the adoption of our long-awaited crowdfunding rules under Title III of the JOBS Act. Second is a proposal to expand capital formation opportunities under the intrastate exemption of the Securities Act and the small offering exemption under Rule 504 of Regulation D.

That being said, I have concerns as to the usefulness and the workability of the crowdfunding rules that we are adopting today.  While crowdfunding was intended to be a treat for the smallest and least sophisticated companies seeking to raise capital, today’s rules are full of tricks.  The rules will spin a complex web of provisions and requirements for compliance.  I fear that many traps for the unwary are hidden in the regulations, creating potential nightmares for small business owners that fail to place regulatory compliance at the top of their business plans.  Such burdens will spook many small businesses from pursuing crowdfunding as a viable path to raising capital.

A number of concerns have already been raised as to whether our rules are too restrictive or too burdensome.  In fact, many of these restrictions are embedded in the statute itself.  For instance, even if you are Warren Buffet or Bill Gates, you are limited to investing no more than $100,000 during any 12-month period in all crowdfunding investments.

In other cases, the majority of the Commission has exercised discretion to make capital raising using crowdfunding even more difficult.  In a change from the proposal, the rules will limit the ability to invest in crowdfunding opportunities based on the lesser of annual income or net worth.  Because the majority of the Commission cannot trust ordinary Americans – the non-accredited investors – to be able to exercise appropriate judgment in how to spend or invest their resources, our rules will now place smaller limits on the amounts that can be invested.  Rather than actually protecting investors, these smaller limits will discourage legitimate companies from engaging in crowdfunding, while simultaneously encouraging less reputable actors to use affinity-based solicitation methods akin to multi-level marketing, a development that could stifle crowdfunding efforts.

I look forward to seeing empirical studies of capital raising under the new rules.  After we observe the results, or lack of results, the Commission should consider whether any further steps should be taken to improve our crowdfunding regulations, including the use of exemptive authority.  Alternatively, Congress could consider whether any legislative changes to the law should be made.

In evaluating the effectiveness of our crowdfunding regulations, it would be helpful to observe the results of alternative regulatory approaches to crowdfunding.  To date, 29 states and the District of Columbia have adopted provisions that allow crowdfunding to occur at the state level.  With variations in regulatory structures among the states and the federal government, we will have the ability to observe a natural experiment and compare results.

The need to comply with both state and federal securities laws, however, can make it difficult to utilize current state-based crowdfunding provisions.  This brings us to the second item that we will be voting upon today.  In a number of states, crowdfunding can occur only if the offering otherwise qualifies for the exemption contained in Section 3(a)(11) of the federal Securities Act or the Rule 147 intrastate safe harbor thereunder.  The Commission has not substantively amended Rule 147 since the Nixon Administration.  Last month, our Advisory Committee on Small and Emerging Companies unanimously approved several thoughtful recommendations to amend Rule 147, including (i) focusing on the residency of purchasers, not offerees, (ii) eliminating the use of the percentage thresholds, and (iii) eliminating the requirement that the issuer be incorporated or organized in the same state where the sales occur.

Today’s proposal seeks to modernize Rule 147 as well as a separate exemption under Rule 504 of Regulation D.  I support the proposed amendments to Rule 504.  However, I strongly disagree with two parts of our proposal that involve Rule 147.  First, I object to the continued use of percentage thresholds as a component of a method for determining the intrastate nature of an issuer.  The concept of a principal place of business alone ought to be sufficient to establish residency and doing business within a particular state or territory.  I hope commenters address this issue and help point us in the right direction.

Second, I strongly object to the part of proposed Rule 147 that holds if an offering is conducted pursuant to an exemption from state law registration, the offering must be limited to no more than $5 million in a twelve-month period and must impose an investment limitation on investors.  Frankly, this is the majority of the Commission telling the state legislatures and state securities regulators that they have no confidence in your willingness and ability to protect residents in your own states.  Moreover, this unnecessarily paternalistic approach is not based on any evidence that the states cannot provide adequate investor protection.  The folly of this approach is further demonstrated by imposing the same $5 million dollar amount on intrastate offerings, regardless of whether the state is California with 39 million residents and a gross domestic product (GDP) of more than $2 trillion or it is Wyoming with 584,000 residents and a GDP of $38 billion.

That being said, modernizing Rule 147 and Rule 504 are important steps in carrying out the Commission’s three-part mission of promoting investor protection, maintaining fair, orderly, and efficient markets, and facilitating capital formation.  The proposed amendments to Rule 504, raising the maximum offering amount to $5 million, can complement Rule 147 by permitting states to engage in collaborative regional crowdfunding pacts.  This proposed change could be particularly beneficial to metropolitan areas that straddle two or more states.  For example, let’s look at Kansas City and New York.  Kansas City is located along the border of Kansas and Missouri and New York City is in close proximity to New Jersey, New York, and Connecticut.

Throughout this process, our staff put in an incredible amount of effort on these important issues and I commend their exceptionally fine work.  The original draft of the crowdfunding rules was consistent with the statute and the original draft to modernize Rule 147 and Rule 504 was thoughtful and sensible.  I also acknowledge the extensive interest and involvement of the state securities regulators and the North American Securities Administrators Association, which helped to shape the staff’s work.

This collaboration resulted in two perfect alley-oop passes to the Commission for seemingly can’t-miss slam dunks.  However, the majority of the Commission decided to take a few extra unnecessary steps on the crowdfunding rules and the Rule 147 proposal and overshot on both.

For these reasons, I am unable to support the two items we are voting on today.  Thank you and I have no questions.