iDisclose, an online product poised to disrupt the securities sector of the legal industry, has announced a newly appointed advisory board. The advisors include prominent names from the investment crowdfunding industry.

According to a company report, the board consists of the following individuals: 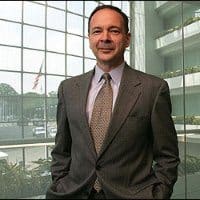 Gerald Laporte: Laporte is a securities regulation consultant and was the Chief of the Office of Small Business Policy at the U.S. Securities and Exchange Commission from 2002 to 2013, where he played a major role in SEC rulemakings relating to Regulation D. He is a member of the District of Columbia Bar and has practiced law at both Hogan & Hartson and Patton Boggs in Washington D.C. Laporte also worked at the SEC from 1982 to 1987 as Senior Special Counsel for Legislation and Investment Management, as well as Counsel to Commissioner Joe Grundfest.

Tom Glocer: Glocer is the founder and managing partner of Angelic Ventures, LP, an office focusing on early stage investments in financial technology, media, cyber defense and healthcare. He is the former CEO of Thomson Reuters and a current director of Merck & Co., Inc., Morgan Stanley, K2 Intelligence, the Atlantic Council and the Council on Foreign Relations. Glocer is also a trustee of the Cleveland Clinic and a member of the Columbia Global Center (Paris) Advisory Board, the President’s Council on International Activities at Yale University, the European Business Leaders Council and the Madison Council of the Library of Congress.

Hope Taitz: Taitz is the managing partner of ELY Capital, focusing on analyzing and investing in early- and late-stage companies in the consumer and technology industries. She served as Vice President of the Argosy Group (now part of CIBC) and as a Managing Director at Crystal Asset Management before founding her own money management firm, Catalyst Partners. Taitz currently sits on the board of Apollo Residential Mortgage, Inc., Athene Holding Ltd, Diamond International Resorts, Inc., MidCap Finco Holdings Limited and Future Project, and is a founding executive member of Youth Renewal Fund.

Sherwood Neiss: Neiss is the co-founder and principal of Crowdfund Capital Advisors, a consulting firm which serves global entrepreneurs and investors, as well as governments and international entities. He and his business partner, Jason Best, co-authored the crowdfund-investing framework used in the JOBS Act to legalize securities-based crowdfunding in the U.S., and directed the 460-day grass roots campaign leading to its enactment. Neiss also founded FLAVORx, Inc. which won Ernst & Young’s Entrepreneur of the Year award and the Inc. 500 award for three consecutive years, and serves as the co-founder for the UC Berkley’s Innovation in Entrepreneurial and Social Finance program at the College of Engineering.

Jason Best: Best is the co-founder and principal of Crowdfund Capital Advisors, and co-authored the crowdfund-investing framework used in the JOBS Act to legalize securities-based crowdfunding in the U.S. with his business partner, Sherwood Neiss. He has co-authored groundbreaking research on crowdfunding’s global impact for such intergovernmental entities as the World Bank, the Ministry of Economy and the Inter-American Development Bank. Best also serves as an Entrepreneur-in-Residence at UC Berkeley’s Center for Entrepreneurship and Technology, and has been an executive leadership member of three Web-based software companies, including Kinnser Software, which was twice named one of the 500 fastest growing private companies in the U.S. by Inc. Magazine. 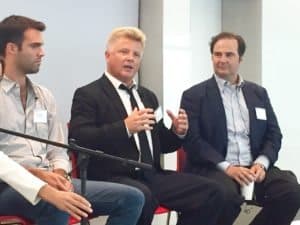 Howard Leonhardt: Leonhardt is the founder of Bioheart, Inc., a leading stem cell research company, as well as Leonhardt Ventures, an angel network that has raised and put to work more than $145 million in 28 companies to date. He currently has 21 U.S. patents for products that have treated more than 200,000 patients with cardiovascular disease in 60 countries. Leonhardt also serves as state spokesperson in California for the JOBS Acts and is the co-leader of Startup California.

iDisclose is a web-based application that streamlines the securities filing process.  The Fintech startup is designed to save issuing companies thousands of dollars as they prepare to issue securities. Designed to take advantage of updated securities exemptions created under the JOBS Act, iDisclose has positioned itself as vital tool for entrepreneurs raising capital.

(Editors Note: Georgia Quinn, co-founder and CEO of iDisclose, is a Senior Contributor to Crowdfund Insider)