Income&, a marketplace investing platform based in San Francisco, announced on Tuesday that it has secured $2.9 million in combined seed funding and capital committed to support company operations.

The company is the creator of PRIMO, a low-risk, superior-yielding fixed income product backed by high-quality, prime-rated mortgages. On Income&’s next-generation peer-to-peer marketplace, investors will be able to customize and directly purchase a diversified and fully transparent portfolio of “PRIMOs.” Income& is seeking yields up to 7.5% on PRIMOs.

Income& fills a cavernous hole in the investment market by finally providing investors access to high-yield, low-risk investments that are easy to customize, simple to purchase, fully transparent, and backed by hard assets. 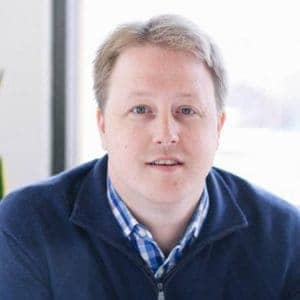 “We founded Income& to solve two problems: the lack of investments for baby boomers to support a comfortable retirement, and the absence of transparency in the mortgage market which in part led to the ‘Great Recession.’ Ten thousand baby boomers turn 65 every day, which means that 76 million Americans with trillions in assets are desperate for the safety of a low-risk, fixed-income product with superior returns. Until the launch of PRIMOs, there has been a lack of products that satisfy this need.

“Income& works with established, name-brand mortgage lenders to onboard high-yield, safe, prime-rated loans to the PRIMO marketplace, which are further reviewed and rated for an added measure of clarity. The technology Income& has developed gives investors unprecedented transparency, control and access to their customized portfolio of PRIMOs.”

Income&’s investors include iSeed Ventures, an early stage VC, and advisor Jeffrey Lyons, a former member of the Executive Committee at Charles Schwab and board member at Barclay’s and Nationwide funds. Other luminaries on Income&’s advisory board include Colin Walsh, the former Chairman of the UK Council of Mortgage Lenders, and Mike Norris, the former Vice President of Investor Services for LendingClub, the marketplace lending giant.

PRIMO will be available in early 2016 for purchase by accredited investors who have registered on the Income& platform.