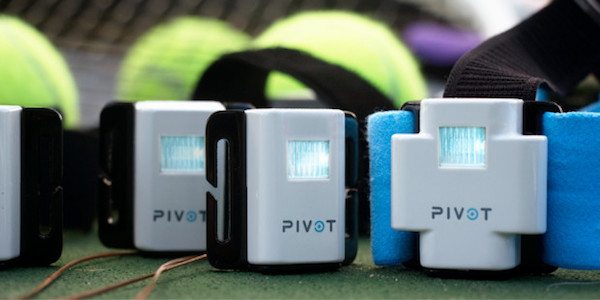 After successfully securing $3 million during its latest seed funding round, wearable startup, TuringSense, and its partner, Hall of Fame coach Nick Bollettieri, launched a crowdfunding campaign on Indiegogo for its device, PIVOT. 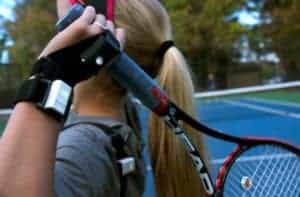 “Tennis, throughout its centuries-old history, hasn’t fully harnessed the power of technology to elevate playing and training — until now! TuringSense created PIVOT to fill this gap. It’s the world’s first wearable for tennis with innovative multi-sensor, full body motion analysis that helps you master complex movements, avoid injuries and conquer the competition.

Here is how PIVOT works:

The company noted that PIVOT uses multiple senses to recreate joint and body movements It will supposedly understand the wearer’s distinct movements and how they generated each swing. The device’s biomechanics analysis and continuous comparison with the user’s reference strokes allow them to identify and improve specific movements:

“You can master swings on the court and guard against injuries without wires or expensive cameras. Regardless of skill, Pivot is going to take your game to a whole new level. It is truly a game changer!”

Wearers can also avoid injury, play longer, and recover from injury more quickly due to Pivot helping to teach the proper technique:

“PIVOT actively studies your form and recognizes patterns that cause chronic injuries. It notifies you of improper technique AND shows you how to correct it.”

“PIVOT’s 3D playback is the result of our advanced motion capture technology. Replay any of your past swings at normal or slower speeds to truly understand your performance. Take advantage of a 360 degree viewing angle so you never miss any details again.”

TuringSense’s Indiegogo campaign is aiming to raise $75,000 to begin production on PIVOT.  Among the perks being offered are:

Since its launch earlier this week, PIVOT has received nearly $60,000 from over 150 backers. The campaign is set to close at the end of January.