After patiently waiting for the past two years for Jason Power (aka Elzhi) to create his Kickstarter album, backers are calling for a lawsuit against the Detroit rapper. 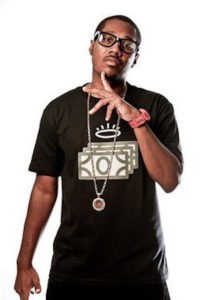 “Over the past couple of years people have been asking me for new music. I know it’s been a while since I’ve dropped something for you, and I appreciate all of the continuing support and patience that you have showed me over my career. I’ve already passed on a few record deals, and I’ve partnered with the GLOW365 alliance because we truly believe that the integrity of the music comes first. I have always been a believer in being a leader and trendsetter. The music I make comes strictly from me and how I feel, and I will never sacrifice who I am to conform to a trend. This new record is no different.

“The funds from this campaign will give me the last push I need to make sure this record comes out early next year. It will also go towards the cost of promotion and setting up the forthcoming tour. The money will also make sure all of the rewards you see to the right make it into every single one of your hands.”

Originally supposed to be delivered in Spring 2014, the backer’s have been without the highly anticipated album. Now one backer wants to slap Elzhi with a class action lawsuit for failing to deliver:

“Dear fellow backers: I’m preparing a class action lawsuit against Jason Powers aka Elzhi for failure to deliver the album we funded, rewards and failure to refund. If you want to be plaintiff, please email your full legal name and the city and state in which you reside to. You can find information about my legal background. I will post updates regarding the lawsuit to this comment thread. Thank you — now let’s get our money back!”

Although Elzhi has yet to respond to backers, a producer of the album revealed on Twitter that the rapper is in fact working on the album.

Hopefully, Elzhi will update the backers on what’s happening to the album and when it will be delivered to backers soon.