Munich-based tech startup MODINICE has partnered with Companisto on its recently launched equity crowdfunding campaign. In its first day the startup raised over 58,725€ from more than 117 investors toward its 500,000€ funding goal. Even though digitization has progressed quickly, office computer design has been relatively flat over the last thirty years. Three years ago, Mike Finckh founded Modinice to untangle for jungle of “tangled cables in many offices. Indeed, there is also a visual aspect to work, and a clean desk with an elegant PC increases productivity.”  While there is an aesthetically pleasing alternative to office PCs, many companies opt out of this alternative due to cost and compatibility disadvantages. Modinice seeks  to fill this void by supplying a “virtually invisible office PC with an integrated wireless smartphone charger.”

Finckh has developed the MODINICE M1, which combines sophisticated design with the practical requirements of millions of office PC users. All of the PC’s hardware is hidden inside the monitor stand. The PC also includes a Y-cable that combines a power cable with a network cable, thus putting an end to tangled cables on desks. Additional design features include a monitor stand which may be adjusted to an ergonomic height; users have the flexibility to  mount one or two monitors of their choice to the monitor stand (which can also be touch screens for Windows 8 or 10), keep using their existing monitors and utilize an inductive charging surface for smartphones which enables users to place their phones on the desk and charge them at the same time.

Because it can easily be upgraded and maintained and is compatible with standard replacement components and runs on Windows, the MODINICE M1 could be attractive to many businesses. 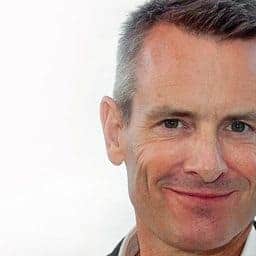 “The German market for office PCs alone has great potential because over 3 million office PCs are sold here every year…It is important that businesses can use and upgrade computers efficiently for a period of five years or more for reasons of depreciation,” Finckh commented. “More than 90 % of office PCs run Windows because most ERP systems and most production, service, and finance software are based on this operating system. We would like to ensure that a large number of office workers can use our PC, so we are also offering the MODINICE PC without any operating system. Users may then install Linux on the PC or use their existing Windows license.”

Valued at 3,250,000€, MODINICE has successfully completed a test period with customers and multipliers and has signed agreements with two major computer wholesalers and has launched mass production. MODI NICE next moves involves trying to establish its PC on the market. Finckh wants to achieve this goal together with the crowd. With the help of Companisto, Finckh wants to show that sophisticated design and PC innovations may also come from Germany. MODINICE plans to use the crowd’s investments for marketing and distribution.  The startup’s crowdfunding campaign ends 12 May 2016.