This week, EarlyShares revealed the information that real estate investor need to know about the interest rate uptick.

The crowdfunding platform’s Joanna Schwartz revealed in a blog post: 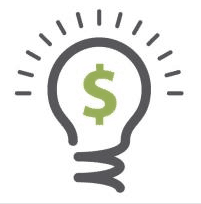 “After months of well-publicized inaction, the Federal Reserve finally announced on December 16 that it was raising its benchmark interest rate. The move has major historical significance, since it’s the Fed’s first interest rate increase in seven years. But given that the Fed made only a nominal increase of a quarter-percentage point, it stands to wonder: Is the rate hike a big deal? Or not?

“The least complex answer is: In the short-term, not really; in the long-term, yes. Why? Because like we said, the quarter-percentage point is the first rate hike in seven years… but there’s more where that came from. Some predict the Fed will bump up the benchmark interest rate two or three times in 2016 (and almost everyone expects they’ll do it at least once).

“The reason: A stronger economy. With the rate uptick, the Fed is responding to the economic present. In the midst of the ‘great recession’ a zero-interest-rate environment was what we needed, but things are different now. The economy grew at slightly more than a 2.0 percent pace over most of 2015, and at roughly the same pace over each of the last five years. The Fed‘s Open Market Committee, which sets interest rates, expects growth to pick up slightly to 2.4 percent in 2016. 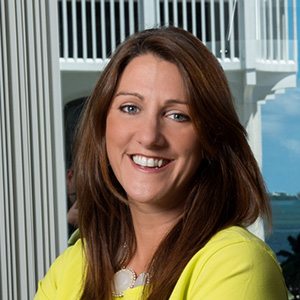 “But uncertainty about that 2.4 percent prediction abounds, and job growth may slow a bit in the coming year (due in part to the Fed’s December 16 decision). All of which is leading real estate investors to wonder whether now is a time to take action on the Fed’s latest move, before they make more, or to sit on their heels and see how things shake out.

“Certainly, every investor and every investment is different. But especially due to the market-wide observations below, we see now as no time to worry about the interest rate’s impact on your real estate portfolio.”

Check out the info below.

We Saw This Coming: “Zero-interest-rate environments, by nature, don’t last forever. Most financial industry insiders expected the rate uptick to come before the end of 2015, so its impact was already built into the long-term borrowing rates that affect commercial real estate investors.”

Prices Will Change (But They Always Do): “In the short run, the Fed’s nominal increase is unlikely to impact commercial real estate pricing – and so far it hasn’t, despite today’s soaring, near-peak highs. In the long run, however, a higher interest rate environment will spur higher cap rates, and therefore lower valuations, for commercial real estate properties.”

Inflation is Our Friend: “We’re still in a low-inflation environment, but the Fed predicts change on that front – predicting inflation will inch closer to 2 percent as energy prices decrease. Should an inflation uptick happen, commercial real estate investors will benefit: Most commercial leases increase with low to moderate inflation because it pushes cash flows up.”

The Economy is What’s Most Important: “No one likes uncertainty, and there’s still plenty of that surrounding the Fed’s plans for 2016. But it’s important to keep the ultimate endgame in mind: If the Fed keeps raising rates, it will be because the economy keeps improving. A solid economy means more demand for commercial real estate, more new construction starts, and more investing and lending opportunities – all of which is good, or even great, for real estate investors in the long run.”