The Bank of England has published its periodic update on lending and, according to their to numbers, loans to non-financial businesses decreased by £3.7 billion in December 2015. This is compared to an average monthly decrease of £0.3 billion over the previous six months. 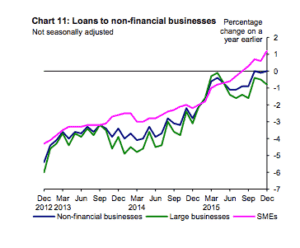 The twelve-month growth rate was a dismal 0.0%. Even more troubling was that within these numbers, loans to small and medium-sized enterprises (SMEs) decreased by £0.3 billion, compared to an average monthly increase of £0.2 billion over the previous six months. The 12-month growth rate remained positive at 1.2%.  SMEs are defined as companies with turnover of £25 million or less.  As most people understand, smaller firms drive the bulk of job creation and economic growth.

But while the BoE data is not very encouraging, Funding Circle believes there is a silver lining to the cl0ud.  Perhaps borrowers are looking elsewhere? 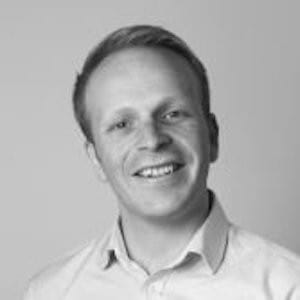 “The demand for small business finance is as high as ever. The drop in bank lending to small businesses in December does not reflect the increasing number that are turning to non-bank sources of finance. Marketplaces like Funding Circle – the 3rd largest net lender to small businesses in Q3 2015 – are stepping in to help businesses access the finance they need to grow. Peer-to-Peer Finance Association figures, released today, show that more than £2.2bn was lent in 2015, with borrower numbers doubling, and since launching in 2010, an estimated 46,000 new jobs have been created by borrowing through Funding Circle alone.”