Loan approval rates at both big banks and small banks dropped in January 2016, according to the Biz2Credit Small Business Lending Index, the monthly analysis of more than 1,000 small business loan applications on Biz2Credit.

Additionally, loan approval percentages at credit unions fell to an all-time Index low. For the second time in six months, lending approval rates at big banks ($10 billion+ in assets) declined as they approved 22.7% of funding requests in January, down two-tenths of a percent from December 2015. However, a year-to-year comparison shows that lending approval rates are up 6.5%.

“The turbulence in the stock market and plummeting oil prices in the last month have resulted in a level of uncertainty for lenders. While the demand for small business loans held up, the approval standards tightened.”

“Outside economic factors attributed to the drop in loan approvals at big banks last month. When there is uncertainty in the market, mainstream lending institutions are less inclined to take risks on loans.” 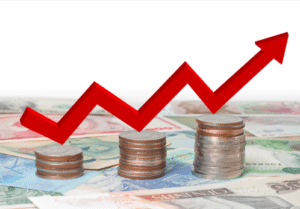 Lending approval rates at small banks dropped slightly to 49% in January, from 49.1% in December. Arora explained:

“Small banks have been slow to adapt to technological innovations to streamline the loan application process, so they are receiving requests from lesser-quality borrowers. This is hindering them from approving more loans.”

Credit unions approved 42.2% of loan applications in January – an all-time Index low – down from 42.3% the month prior. Rohit reported:

“Credit unions are faltering because of their inability to adapt to technological advancements in the industry. Borrowers seek speed and convenience; many credit unions are lacking in the digital department. This has resulted in a decrease in applications from credit-worthy borrowers.”

“Institutional lenders are doing a great job at minimizing the risks of borrowing requests through advanced algorithms. In recent months, we are seeing more international funds enter the game seeking higher yields from investments. With growing uncertainty in global emerging markets, I expect this to remain a popular commodity for both investors and borrowers.”

Loan approval rates at alternative lenders remained improved in January to 60.8%, up one-tenth of a percent from a previous all-time low. Alternative lenders’ approval percentages have steadily declined since January 2014, coinciding with the emergence of institutional lenders in the small business lending marketplace. Arora suggested:

“While lending approvals dropped at the mainstream lenders, alternative lenders picked up the slack. Alternative lenders typically offer more expensive loan products, so they are often one of the last choices for borrowers.”

Credit unions approved 42.2% of loan applications in December – an all-time Index low – down from 42.3% in December. Rohit added:

“Credit unions are losing market share and higher credit-quality borrowers due to their failure to adequately adapt to the technological advancements in the industry,” said Arora. “Borrowers seek speed and convenience; many credit unions are lacking in the digital department and this has resulted in their decline in popularity.”

Biz2Credit analyzed loan requests ranging from $25,000 to $3 million from companies in business more than two years with an average credit score above 680. The company stated that unlike other surveys, the results are based on primary data submitted by more than 1,000 small business owners who applied for funding on Biz2Credit’s online lending platform, which connects business borrowers and lenders.