The Mobile World Congress 2016 continues today in sunny Barcelona.  PayPal announced its new global partnerships and product updates that showcase its vision of using technology to reimagine financial services to be faster, simpler and more inclusive, whether online, in-app, in store or in new contexts. 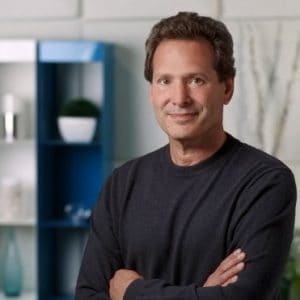 “We have a tremendous opportunity to transform commerce and financial services, and mobile is at the center of that evolution,” commented PayPal President & CEO Dan Schulman. “We are committed to giving people flexibility and choice in the ways they move and manage their money. Leveraging our mobile scale and leadership, platform-agnostic approach and partnerships, PayPal is uniquely poised to leverage new value propositions. We believe the financial system should be more seamless, secure and affordable to drive the hopes and aspirations of people outside the traditional financial system.” 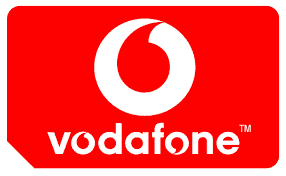 PayPal announced its collaboration with one of Europe’s largest mobile carriers, Vodafone, where millions of PayPal’s European customers will be able to fund payments on Android smartphones at Visa contactless terminals using the Vodafone Wallet. Vodafone is also win talks with Liberty Global.  The service will start in Spain and expand to additional European markets later this year, according to the release. PayPal is also working with leading telecom providers in Mexico and Brazil, Telcel and Claro, on their digital wallets to help their more than 140 million active users manage and make every day spend purchases via mobile devices. Through partnerships, and PayPal’s technology-agnostic approach, we are able to give merchants and consumers more flexibility and choice in how they want to pay and get paid.

PayPal’s vision is to help democratize financial services and make moving money globally more accessible. To that end, recently acquired Xoom plans to expand its service in Africa, making it easier for people in the United States to quickly and securely send money to family and friends with a M-Pesa account in Kenya. PayPal continues to drive ways to make it easier for consumers to choose to pay whichever way they prefer including their favorite debit, credit and rewards cards. The company recently launched a redesigned mobile app in 145 markets around the world. An upcoming version of the app will support near field communications (NFC) starting in the United States and Australia later this year. Android users will be able to tap and pay with their PayPal app at  any location that accepts contactless payments in the United States and Australia.

PayPal aims to create seamless payments experiences for consumers online around the world. One Touch offers customers an online and mobile checkout experience without having to retype in payment information, usernames or passwords. 18 million consumers have now opted in to One Touch, which makes it one of the fastest adopted products in PayPal’s history; PayPal today announced an additional 120 markets have been added, taking the total to 143 markets. In the United States, PayPal unveiled a private beta that provides retailers with an easy set of tools to allow them to securely sell to their customers wherever they are connecting digitally. Called PayPal Commerce, it opens up retail opportunities in new channels – from social networks to new experiences that have not yet seen any commercial applications.

Just weeks after the launch of PayPal’s ‘New Money’ global marketing campaign, the first as an independent company, this news is further proof of PayPal’s commitment to use technology to reimagine financial services to be faster, simpler and more inclusive, whether online, in-app, in store or in new contexts. With a technology-agnostic approach, PayPal hopes to give consumers the buying experiences they want – enabling digital payments around the world that everyone can access. PayPal is also providing merchants with a full platform that enables them to put mobile at the center of their value proposition for customers.