Just before its debut at the 2016 SXSW Festival in Austin, Texas on Saturday, Indiegogo project Asperger’s Are Us announced it was acquired by streaming giant, Netflix. 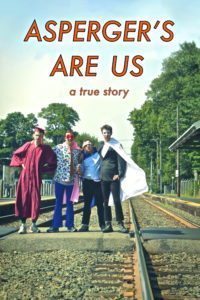 Asperger’s Are Us is described as a documentary about the first comedy troupe consisting of openly autistic people. The film follows a group of comedians (that share the same name) as they write, rehearse, and perform their most challenging and entertaining performance ever.

One of the film’s executive producer, Mark Duplass, shared his thoughts about the Netflix deal:

“I spend most of my nights searching Netflix for new and interesting documentaries. Asperger’s Are Us, with its dry, winning, massive heart, has found the perfect place to be discovered around the world.”

ICM Partners and Submarine reportedly negotiated the deal with Netflix.