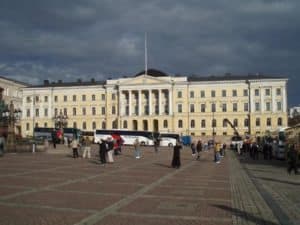 As we recently reported, the Finland Ministry of Finance has published an updated regulatory environment designed to facilitate debt and equity crowdfunding. The goal is to “enhance financial intermediation and thereby economic growth.” The Finnish economy posted GDP growth of 0.5% in 2015, after three years of recession so they are looking for additional methods to improve capital formation. The new rules are expected to become actionable on July 1, 2016.  Alongside the regulatory update, the government of Finland has published an explanatory missive designed to educate interested parties.

While the size of the crowdfunding market in Finland is relatively small, estimated at €84.4 million in 2015 (48% increase over year prior), the shift of all forms of finance is a global movement.

The Finish market is divided as follows:

The Finish government states they met with key stakeholders dozens of times in connection with the project. “Every effort has been made to take the feedback from consultations and statements into account in drafting the Act.”  The current proposal supports the growth of crowdfunding such that a prospectus needs only be published for a securities offer exceeding €5 million (the current national prospectus limit value is EUR 2.5 million), with the aim of facilitating the utilisation of crowdfunding in business financing more extensively than at present without the obligation to prepare a separate and often rather expensive prospectus. 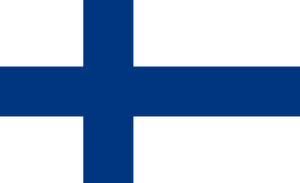 The government of Finland explains that crowdfunding compliments traditional financing channels. The new form of finance has been of “particular interest” to seed and growth stage companies. For investors, crowdfunding offers higher-yielding and higher-risk investment opportunities than traditional investments. Finish government officials acknowledge the intrinsic risk in investing in early stage companies. Many will fail. Few will become a big success.  Their “Crowdfunding Act” seeks to assure investors are aware of the risk while channelling the sector development in the right direction.

As to why crowdfunding evolved, Finland points to the financial crises of recent years. Banks have moved away from providing capital, both due to risk and regulatory compliance. While the availability of financing from banks in Finland is said to have not deteriorated as much as in many other EU countries, crowdfunding, or internet finance, has naturally become more important.

Their proposed law essentially applies to crowdfunding intermediaries but it also establishes obligations on the party collecting the financing through crowdfunding and, correspondingly, certain rights for investor-customer. It should be noted that authorised financial market operators may utilise the fact the Act as well.

Through registration of funding platforms, the government seeks to create a sufficient threshold for entry into the market. They view this as important from the perspective of the credibility of investor protection and the form of financing. But the intent is also to make it lighter than other forms of financial regulation that are all too often quite expensive. Disclosure obligations for platforms will be clarified and simplified, and this will apply both to the crowdfunding intermediaries and to the companies acquiring financing through crowdfunding.

Interestingly, the Act will have no effect on situations where a business entity seeking funding exercises its option within the scope of business freedom to obtain funds from people by independently offering its own securities. For example, securities may be offered through the business entity’s own website in the form of a share issue. A crowdfunding intermediary is not used in such an arrangement. In such cases, the business entity seeking funding must independently ensure that it complies with legislation, for example the Limited Liability Companies’ Act and Securities Market Act.

The Finish government states that investor protection will be strengthened with clear rules and disclosure requirements. According to the Ministry of Finance, investor protection will be specified in a separate decree relating to the disclosure obligation of an entity acquiring financing through crowdfunding. The decree will include provisions on risk warning, among other things. The Act, for its part, has provisions on a crowdfunding intermediary’s procedures and its obligations towards the investor. The Act will also lay down provision on supervision and sanctions.