Rambus Inc. (NASDAQ:RMBS) announced the release of the DPA Workstation 8 analysis platform, featuring an extensive upgrade to the workstation software and user interface for enhanced system performance and usability in ASIC and FPGA side-channel vulnerability testing, according to a release. Designed to test and analyze hardware and software cryptographic implementations and to determine vulnerabilities to power and electromagnetic side-channel attacks, DPAWS enables customers to quickly and easily identify and address potential security flaws in tamper-resistant systems and SoCs. 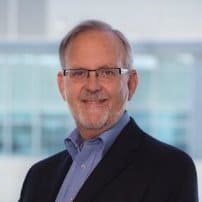 “As the value of data continues to increase, many players in the security industry are taking action to protect their devices from the threat of side-channel attacks,” said Martin Scott, Rambus SVP and GM of the Security Division. “By using DPA Workstation 8 to analyze and test a device, customers are able to quickly and easily assess any vulnerabilities that an FPGA, ASIC, CPU or microcontroller may have to side-channel analysis, and address them with confidence in their results.”

DPA is a powerful tool attackers use to extract secret keys and compromise the security of tamper resistant devices,  an effective side-channel attack that uses variations in the electrical power consumption, or EM emissions, of targeted devices to breach security using statistical methods to derive secret keys from crypto algorithms.

DPA Workstation 8’s side-channel analysis platform features an integrated suite of hardware and data visualization software, aiding in the identification and understanding of vulnerabilities in cryptographic chips. The workstation introduces an integrated analysis application that includes:

New features are covered in a comprehensive integrated help utility complete with numerous tutorials and examples. Rambus collaborates with the industry, partnering with leading ASIC and SoC designers, foundries, IP developers, EDA companies and validation labs. The company notes that its products are also integrated into tens of billions of devices and systems, powering and securing diverse applications, including Big Data, Internet of Things (IoT), mobile, consumer and media platforms.