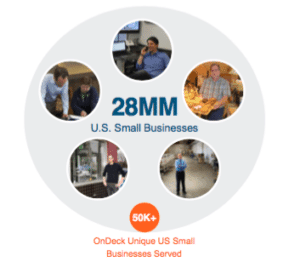 Online lender to SMEs, OnDeck (NYSE:ONDK) announced their Q1 results after the bell today that disappointed investors while guiding lower for the year.  Shares of OnDeck took a bit of a beating after hours following the earnings release as the numbers missed analyst expectations.

Perhaps reflecting the broader state of the overall economy, OnDeck stated they saw a lower approval and conversation rate on loan originations. OnDeck said they were being prudent with regards to credit quality and acquisition. OnDeck also said they had seen some challenges in securitization similar to other online lending platforms. OnDeck highlighted their diversified approach to funding loans.  CEO Noah Breslow stated that “fundamentals remain solid” and demand for SME loans continues to be strong.

For the three months ending in March, OnDeck saw originations grow by 37% year over year to $570 million. Gross revenue and net revenue grew by 11% year over year as well.  Breslow said their hybrid model was able to quickly adapt to changing market conditions. 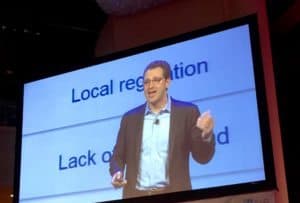 “we utilized this flexibility and decided to sell fewer loans through OnDeck Marketplace. This decision optimized for long-term financial performance but, over the short-term, will lead to lower Gross revenue, higher provision expense, and lower Adjusted EBITDA than we previously planned.  We will see greater financial benefits from our decision beginning in 2017,” said Breslow.

Lending Club, the first marketplace lending platform to go public, is scheduled to announce Q1 results on May 9th after the bell.