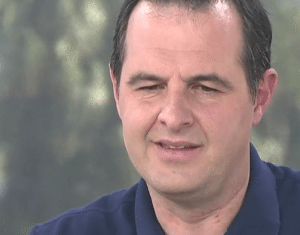 Lending Club (NYSE:LC) founder and CEO Renaud Laplanche has submitted his resignation to the board of directors following an internal review of a sale of loans to a single investor. According to the company, $22 million in loans were sold to a single investor against “express instructions as to a non-credit and non-pricing element, in March and April 2016.” Scott Sanborn, who only recently assumed the role of President, will assume the title of acting Chief Executive Officer. Sanborn will be supported by Director Hans Morris who has assumed a new position of Executive Chairman. Morris spent 27 years at Citigroup and was previously CFO and head of finance, technology and operations for Citi Markets and Banking.

Morris released a statement on the departure of Laplanche;

“A key principle of the Company is maintaining the highest levels of trust with borrowers, investors, regulators, stockholders and employees. While the financial impact of this $22 million in loan sales was minor, a violation of the Company’s business practices along with a lack of full disclosure during the review was unacceptable to the board. Accordingly, the board took swift and decisive action, and authorized additional remedial steps to rectify these issues. We have every confidence that Scott and the management team are well positioned to lead Lending Club forward.”

Regarding the loans in question, Lending Club stated that certain personnel apparently were aware that the sale did not meet the investor’s criteria. Last month, Lending Club took measures to repurchase the loans at par and subsequently sold them to another investor. As a result of the repurchase, as of March 31, 2016, these loans were recorded as secured borrowings on the Company’s balance sheet and were also recorded at fair value. The financial impact of this reporting is that the Company was unable to recognize approximately $150,000 in revenue as of March 31, 2016, related to gains on sales of these loans.

The review was said to began with the discovery of a change in the application dates for $3.0 million of the loans described above, which was promptly remediated. The board then hired an outside firm to review all other loans facilitated in the first quarter of 2016. No other issues were uncovered.  Lending Club stated there was a failure to inform the board’s Risk Committee of the personal interests held in a third party fund while the Company was contemplating an investment in the same fund. This lack of disclosure was described as having no impact on financial results for the first quarter.

The board stated they will continue to take remediation steps to resolve the material weaknesses in internal control over financial reporting identified in the first quarter of 2016; one related to the sales of non-conforming loans and the other to the failure to disclose the personal investment interests, and to restore the effectiveness of its disclosure controls and procedures. These steps also included the termination or resignation of three senior managers involved in the sales of the $22 million of near-prime loans. Lending Club will file an extension request with the Securities and Exchange Commission to file its quarterly report on Form 10-Q for the first quarter on or prior to May 16, 2016. 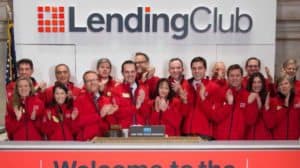 Lending Club has been the acknowledged leader in the US marketplace lending industry.  Laplanche helped to create Lending Club when he realized the outlandish fees consumers were paying to credit card companies to finance debt. Lending Club has since migrated beyond consumer debt and now provides access to capital for both personal and business needs. Lending Club, the largest marketplace lender in the US having originated almost $19 billion in loans, is also the first to go public. The news of the departure of Laplanche comes at a challenging time for the overall industry as the economy has slowed considerably thus causing some followers to question the resilience of the model.