Big Couch, a UK-based portal that allows filmmakers to connect with crews and invest in filming projects, has recently launched an equity crowdfunding campaign on AngelsDen to raise a minimum of £48,000 as part of a £150,000 seed investment. The website is currently offering 4.58% in equity.

The company, which calls itself a “crewfunding” platform, allows film crews to invest in film they work on by accepting lower upfront fees in return for legally binding packages of deferred payment and profit shares.

“Big Couch enables producers to cut production costs up to 20%, bring forward the project’s breakeven point and recruit highly qualified crew. Because Big Couch has a fair and transparent deferral and profit shares system, crews are happy to negotiate their rates.”

“Our paying customers are film producers ‘crewfunding’ and other media recruiters recruiting on full rates.We define our market as budgets for crew working in the media sector. We’ve taken a bottom up approach in calculating our total obtainable (UK) and total serviceable (EU + US) markets. Our target films have budgets between £150k-£10m that account for 89% of the UK number of films. On average a budget of £2m has crew costs of 40% of the total budget. This leads to an average spent on crew of £800k/film. With Big Couch, crew costs are reduced by 50% to £400k/film. Our total obtainable UK market is £120m (300 films/year *£400k) and our total serviceable market is £840m (2100 films * £400k).” 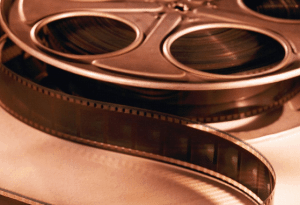 The company noted through “crewfunding” it optimizes producers’ budgets and charges 12% commission recruitment fee of the total costs of reduced rates and also a 1% profit share in the films’ profit. For general recruiters, Big Couch charges a general commission of 10%.

Funds from the campaign will be used web app platform development along with marketing.

The campaign is set to close mid-June.