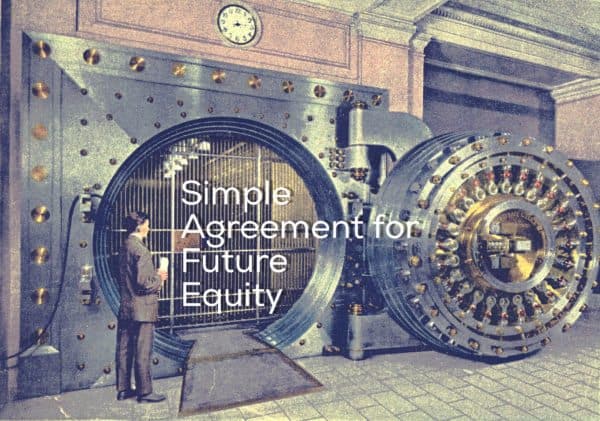 Exploring the emerging role of SAFEs or Simple Agreement for Future Equity in Reg CF offerings.

You’ve started a new business, established your team, and you’ve self-funded all of the startup expenses that you can afford. How do you take your business to the next level without breaking the bank? You’ve learned from fellow entrepreneurs that it takes money to raise money, but you are wondering just how much. What are your options?

Regulation Crowdfunding (“Reg CF”) came into effect May 16, 2016 and is providing entrepreneurs with a new way to raise capital. In the last few weeks, nearly 40 companies have launched offerings under Reg CF with more deals going live every day. Each is taking place on a web portal that has registered with the SEC and FINRA. Among the 10 registered portals, WeFunder, StartEngine, NextSeed, SeedInvest, FlashFunders, Venture.co, and TruCrowd are decorated with live offerings. The fundraising companies represent a mix of startups and seed stage companies that are offering convertible notes, common equity, preferred equity, profit sharing agreements, and SAFEs in exchange for cash.

From a review of these offerings, provided by Stratifund, an interesting anecdote has emerged: Convertible debt, once the founder’s choice for seed funding, took the back seat to SAFE agreements among Reg CF deals.

Under Reg CF, companies are only permitted to raise up to $1M per year. Offering costs, including legal fees, must therefore, be curtailed to maximize the net proceeds. Legal fees for seed financing can be deeply mitigated where issuers resourcefully look to standardized documents in the seed financing arena. For example, WeFunder offers a “library” of legal documents for issuers on its portal. Furthermore, investors and lawyers have come together to release, and update, Series Seed, the KISS (“Keep It Simple Security”) from 500 Startups, and SAFE (“Simple Agreement for Future Equity”), released by Y Combinator. Further, iDisclose, a web-based application, helps entrepreneurs streamline the disclosure document generation process for crowdfunding and private placement offerings. Still, it is recommended that all issuers consult with their own legal counsel before relying on any legal document, even when free templates are available from reputable sources.

Determining the optimal structuring for raising startup capital is highly fact specific to the issuer’s circumstances and objectives. Still, there are general pros and cons of all categories of vehicles that will be reviewed. The full gamut of legal instruments are represented among the live Reg CF offerings. Thus, a conversation about structuring Reg CF offerings is ripe for review. 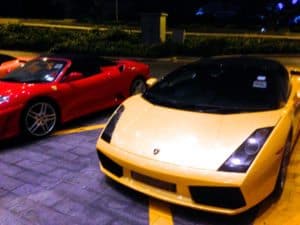 Since the 2000s, convertible debt has been the security of choice for pre-seed and seed capital raises. Convertible debt offers investors a debt-like security that converts to stock upon the occurrence of a future “priced” financing, acquisition, or IPO. One of the central benefits to founders who choose to offer convertible debt is that it delays the determination of the company’s valuation. This allows founders to finance their ventures without having to make an early judgment call possibly before operations have begun and can be objectively evaluated. Nevertheless, where valuation caps are introduced, founders do, in a sense, value the company. Establishing a valuation cap in a convertible note, however, is not the equivalent of setting a valuation for tax purposes.

The value proposition of convertible notes is that the note identifies a term and interest rate, limiting investor’s exposure in the event of a future failed financing round. Further, the discount rate identified in the note, and often negotiable, rewards the investor taking on the early investment risk by converting the note to equity at a better price than investors in the new financing receive. The introduction of a valuation cap is exclusively for the benefit of the investor to provide protection in the event the next round is at a higher than anticipated valuation. Further, where valuation caps are included, the cap on the notes can ultimately provide investors with a multiple liquidation preference known as a “liquidation windfall.” This issue must be carefully managed by entrepreneurs at the outset.

MF Fire, found on SeedInvest, is was the first of two Reg CF convertible debt offerings to date. The company is raising $250,000 and up to $1M at an interest rate of 6% per annum, 12-month term. Upon a future financing the notes convert at a 15% discount rate or $7M valuation cap.  The convertible notes in the MF fire offering are based on the Keep it Simple Security (“KISS”) documents developed by 500 Startups. The documents were modified for use by the issuer who is a Benefit LLC and are available here. The company is concurrently raising funds in a Reg D Rule 506(c) issuance. As of June 3, 2016, the issuer has raised $49,600 according to the SeedInvest fundraising page.

The Origin of the Simple Agreement for Future Equity (“SAFE”) In 2013, Y Combinator released a streamlined set of fundraising documents called Simple Agreements for Future Equity (“SAFE”). Y Combinator is an American startup accelerator that finances early stage startups in batches twice per year. The incubator is now located in Mountain View, CA and was ranked by Forbes as #1 among its peers in the accelerator and incubator space. Dropbox and Airbnb are among its top names in its portfolio, with a total value since inception at $7.78B.

SAFEs, like warrants, create an option to buy equity in the future. Overall a founder-friendly instrument, the agreement offers no interest rate or term, thus significantly distinguishing the product from convertible notes. Founders are not faced with the ticking time bomb of a maturity date. Both convertible notes and SAFEs, however, defer valuation decision-making to a later date. Valuation caps and discounts are similarly elective.

Arguably, early investors who invest via SAFEs may see their upside limited despite taking on significant early risk. Even with the inclusion of valuation caps and/or discounts, there is no timeline to liquidity.

Combining SAFEs with perks may help to persuade prospective investors, accustomed to convertible notes, to participate in an offering. Some provide immediate gratification and may enhance the investor’s emotional connection to the business.

Companies raising capital under Reg CF have apparently dismissed the shortcomings of SAFEs from the investor’s perspective. SAFEs were the instrument of choice for 12 of 40 Reg CF issuers to date.  All Reg CF SAFE issuers listed their offerings on the Wefunder portal. Investment minimums range from $20,000 to $400,000 and maximums range from $100,000 to $1,000,000. All companies are offering perks for investing.

Slingfin, Inc., a manufacturer of mountaineering and backpacking equipment and apparel, has been the most successful of those in the SAFE category based on the metric of amount raised/max raise amount. With a maximum raise of $100,000, Wefunder is reporting the offering to be over 30% funded as of June 3, 2016. Slingfin offers a valuation cap of $2.5M and perks for every investor. Investing $100, the offering minimum, will get you a company t-shirt. The more you invest the better the perks. For $25,000, Slingfin is offering a trip to Mt. Everest Base Camp with the world famous mountaineer Robert Link. The SAFE offered by Slingfin is based on the Wefunder Crowdfunding SAFE.

Taxa Biotechnologies, a genetic engineering company offering a glowing plant for the home, has been the most successful in dollars raised. As of June 3, 2016, the company has raised $183,168 of its $400K (min) – $1M (max) goal in its Wefunder Reg CF offering. The SAFE offers a $7M valuation cap and investor perks for as little as $100 investment.

Why have Reg CF issuers chosen to offer SAFEs instead of convertible debt? 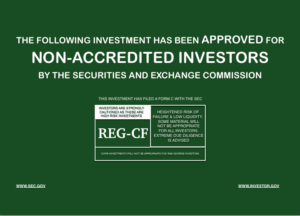 This question is as challenging as predicting investor behavior. The right answer is simply the one that gets the investor to say “yes” to invest in your business. “Getting to yes” in crowdfunding deals involves a mélange of ingredients that range far beyond the legal documents. Each element, nevertheless, must be crafted to a certain perfection for the fundraising to succeed.

The terms, more than the structure, will determine whether the deal is acceptable to your investors. Striking a balance between protecting investor interests and satisfying the entrepreneur’s need for early unpriced capital is key. From the investor perspective, as long as SAFE offerings are structured to limit the upside, convertible notes may be viewed as a more acceptable option for their investments in seed stage companies. Thus, if working with SAFEs, entrepreneurs must consider providing steep discounts and fair valuation caps, among other concessions, to mitigate the vehicle’s downside.

The goal, after all, is for both issuers and investors to be successful in their crowdfunding objectives. By offering equitable terms everyone can enjoy the prospect of victory. 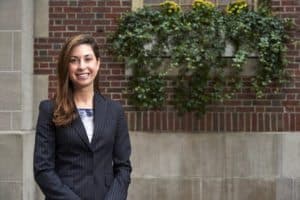