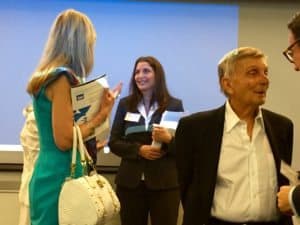 Embedded below is another comment letter regarding a bill circulating now on Capitol Hill called the Fix Crowdfunding Act (HR 4855).

The proposed legislation, sponsored by Congressman Patrick McHenry, was crafted to fix some the most glaring omissions from Title III of the JOBS Act. These include allowing Special Purpose Vehicles (SPVs), removing a landmine that may force crowdfunded companies to be treated like a publicly traded company, boosting the exemption to a more reasonable $5 million cap and allowing additional transparency with “Testing the Waters” (TTW) or enabling issuing companies to gauge investor interest prior to a Reg CF crowdfunding offer.

Dara Albright, a veteran of Wall Street and one of the earliest advocates of investment crowdfunding in the US, states that  HR 4855 will “not only boost innovation by enabling entrepreneurs to more readily and affordably access greater amounts of capital” but the bill will help tackle two critical, society issues: “a retirement crisis and a burgeoning wealth gap.”

Albright points to the importance of TTW:

“Giving issuers the ability to “test the waters” by soliciting non-binding indications of interest from potential investors prior to commencing an offering can be an effective way to weed out inferior business models or products – before investors cut checks. Like rewards-based crowdfunding, “testing the waters” can be invaluable in gauging demand for both a company’s stock as well as its products.”

“H.R. 4855 will trigger the emergence of new funds chartered to allocate capital across multiple businesses or assets. This will provide smaller investors with a much greater opportunity to diversify their crowdfund holdings by investing in a “basket of companies” as opposed to hanging their hopes onto just one.”

For too long investment opportunity has been segregated by the haves and the have-nots.  Reg CF should be the first choice for quality companies in their search for growth capital.  Congress now has the chance to make it just that.