Crowdfunding platform YouCaring announced on Thursday it has appointed Maly Ly as its first Chief Marketing Officer. According to the funding portal, Ly is set to lead its global marketing organization and scale brand awareness along with revenue. 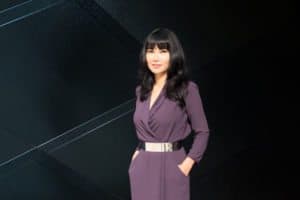 Prior to joining YouCaring, Maly held positions at Eventbrite and Sojern. She notably partnered with Eventbrite’s CEO, Julia Hartz, to successfully align the company around a new global vision, strategy, and operational plan to achieve its next stage of growth. Also during her time at Sojern, Ly contributed to Sojern’s positioning as a global performance marketing leader in travel, helped drive more than $3 billion in bookings for clients, which included Virgin Airlines, JetBlue, American Express, Marriott, Starwood, and Hertz.

Speaking about her new position at YouCaring, Ly stated:

“YouCaring’s mission to help people help each other greatly resonated with me. This is a once-in-a-lifetime opportunity to build a global community of giving. I’m thrilled to be joining at an exciting stage of growth to lead the company in reaching more people facing hardship.”

“Maly is exactly who we’ve been looking for. She brings deep experience driving brand awareness and positioning for high-growth startups and top consumer brands. But above all, she’s a tremendous person and cultural fit. I’m very excited to have Maly on the team as we work to take YouCaring to new heights.”

YouCaring stated it has helped users raise more than $800 million for critical personal, medical, and charitable causes. The company reportedly increased its team by 40% in 2016. In March, YouCaring acquired GiveForward to further expand its fundraising and donor reach.