EXMO, a UK-based cryptocurrency exchange operating in multiple fiat and cryptocurrency pairs, announced on Friday it has added Waves Platform to its list of offered coins. EXMO reports it will initially list the WAVES/BTC pair as well as USD and EUR fiat options. It also supports Russian roubles and Ukrainian hryvnia. It was revealed: 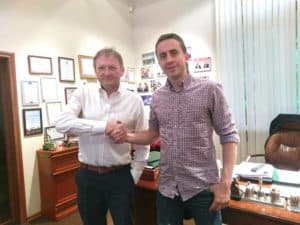 “WAVES has seen a significant increase in value since May, passing $1 less than 6 weeks ago and rising to $5 by early June. The Waves platform is gaining traction amongst online and real-world businesses, with multiple ICOs collecting many millions of dollars in Waves hosted crowdsales. Straightforward token operations, a clean UX and a built-in decentralised exchange (DEX) have attracted token issuers into their growing ranks.”

“Keeping pace with the fast-moving landscape of cryptocurrency, the exchange has recently been extensively redesigned to make it more user-friendly – with more streamlined verification processes, a more intuitive trading interface and additional tools to help traders understand their current positions. Moreover, EXMO is expanding with key new currency pairs. Earlier in June the exchange added ETH/EUR, ETH/LTC and DASH/RUB, reflecting the growing importance of ETH and DASH in the global cryptocurrency scene. In the coming weeks further trading instruments will be added to the platform.”

“We’re very pleased that EXMO has added WAVES. Although cryptocurrency exchanges operate within a competitive environment, there are few that are fit for purpose. EXMO boasts a serious and professional team, they have a clear plan for growing their business and increasing the market share. We are really looking forward to the opportunities presented by this partnership.”

As previously reported, Waves is described as a Russian decentralized platform for launching crowdfunding campaigns and issuing digital assets. It recently announced that users can now deposit USD via the secure gateway, receiving in return a token that is 100% backed by dollar reserves. This can be held, transferred and exchanged for other tokens quickly and at low cost, and withdrawn back through the gateway into the traditional financial system when required.

Earlier this month, Russian politician and billionaire, Boris Titov, signed an agreement with  Waves Platform to create an Initial Coin Offering incubator. The new incubator, named “People of Growth” and is described as a vehicle to assist entrepreneurs and growing companies to leverage the Waves platform and ICOs.