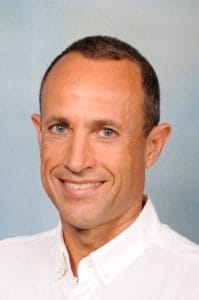 OurCrowd, a leading global equity crowdfunding platform, has announced that Eli Nir has joined the firm as Senior Investment Partner. Nir was previously at Amiti Venture Capital, a leading early stage VC based in Israel, where he was a partner and investment committee member since 2012. While at Amiti, Nir co-led early stage investments in well known Israeli companies like Valens, Autotalks, Vayyar and more.

Prior to Amiti, Nir had been Vice President for Research and Development at AudioCodes [AUDC – NASDAQ], managing several multinational R&D teams. Nir also served as a senior officer in one of the Israeli Defense Force (IDF) elite intelligence technological units, heading both operational units and large development groups.

“His deep grasp of where technology is going and his ability to mentor entrepreneurs will be put to great use in our growing portfolio of companies,” said Medved.

OurCrowd says Nir will be a key resource in creating quality deal flow, strengthening OurCrowd’s Investment Committee, and helping lead the overall investment team activity at the firm’s Jerusalem headquarters. He will be leading investments across a wide range of technologies and at different stages of company development.

Nir, commenting on his new position, said he was excited about joining the OurCrowd team;

“The strength of the OurCrowd platform will allow us to help young technology companies in becoming leaders in their space and eventually great companies on a truly global scale.”