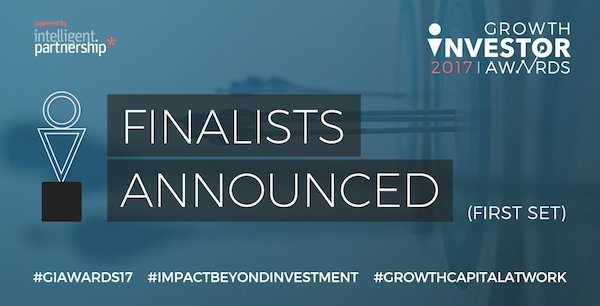 On Friday organizers of the Growth Investor Awards announced Seedrs and Syndicate Room two of the finalists for the upcoming 2017 event. As previously reported, the Growth Investor Awards notably celebrates the role of the UK SME fund management community in both job and wealth creation. It also recognizes those who enable start up and scale up businesses to realize their full potential and drive the UK’s economy.

📢 BIG NEWS: We have just announced 37 finalists for 9 of our award categories! Meet the finalists 👉 https://t.co/zqdmcOWgV8 #GIAwards17 pic.twitter.com/K0Q4nmHYEW

Both Seedrs and Syndicate Room were named finalists for the Best Investment Platform, which is described as recognizing any type of investment platform, including angel networks and crowdfunding. The award is based on the volume of investment, user experience, and product innovation. The funding portals were also selected as finalists for the Industry Game Changer award, which is open to any individual, company, product, or platform provides has demonstrably change practice, perception, or engagement the alternative investment industry.

Exit of the Year:

Financial Advisor of the Year:

To be announced on July 26th.

Wealth Manager of the Year:

To be announced on July 26th.

Growth Investor of the Year:

To be announced on August 3rd.

Growth Champion of the Year:

To be announced on August 3rd.

To be announced in September.

Corporate Investor of the Year:

To be announced in September.

To be announced on November 8th.