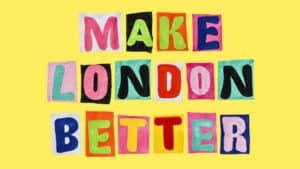 Time Out revealed that the challenge was designed for two Londoners (or teams of Londoners) to turn their ideas to improve the city into reality. The publication noted that this could be a community event, a social or environmental initiative, or just a simple “light bulb idea.” Two winning ideas will notably be awarded a GoFundMe campaign page that is preloaded with £5,000. The winners will need to select a higher funding target and both GoFundMe and TimeOut will assist them in reaching the funding target. The London Make Better Challenge will be judged by a panel of “London experts,” which will include editorial director of Time Out, Caroline McGinn.

“We want to provide a platform where the best ideas can be turned into reality. ‘Make London Better’ was born out of a partnership with Time Out about Londoners’ incredible response to the stream of tragedies that have hit the capital this year. The outpouring of solidarity and creativity was so profound that we thought that if Londoners could do such amazing things in the aftermath of such tragedies, the potential to do them given time, funding and expert advice could be limitless.”

To enter the challenge, contestants must submit their ideas using no more than 100 words by August 31st. The winner will be announced in September.