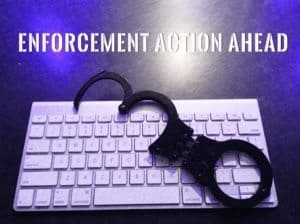 The Securities and Exchange Commission (SEC) issued an investigative report on the fast-growing Initial Coin Offering (ICO) market that will squelch the ICO market, at least in the US.

The report, embedded below, was specifically directed at the DAO or Decentralized Autonomous Organization that launched the sale of DAO tokens to investors and subsequently saw a portion of the investment stolen by attackers via a flaw in the code.

This investigation compelled the SEC to determine that DAO Tokens represented securities as defined under the Securities Act of 1933 and the Securities Exchange Act of 1934. The announcement comes at a time when many erstwhile Token Offerings are in the making on multiple platforms that act as Token exchanges and issuing platforms.

Doug Ellenoff, the founding partner of the law firm of Ellenoff, Grossman and Schole, recently cautioned both investors and issuers on the potential regulatory crackdown on the pages of Crowdfund Insider. Today, Ellenoff told CI;

“While the SEC’s Investigative Report may be read to provide only specific caution relating to a particular market participant and its unique facts, I believe that the broader message to the ICO industry is that the entire Agency, from Chairman to Enforcement, are watching and have significant concerns about the potential harm to purchasers/investors.”

“So while the release leaves open the possibility that an ivory tower argument that ICOs may still be argued not to be “securities”,  the industry is now on notice by the Staff that while they elected not to prosecute this time, notwithstanding the apparent violations, future enforcement actions are likely to be taken for similar transgressions. The Agency is in a difficult position with ICOs since they are seeking to properly balance protecting investors and not stifle alternative finance programs, like ICOs (which is why they didn’t punish the parties in this case).”

Amy Wan, the founder of Bootstrap Legal and a Senior Contributor to Crowdfund Insider wrote a highly read post earlier this year that ICOs were most likely regulated under securities laws. Here prognostication has now been confirmed. Wan commented today;

“I’m not surprised. There has been a lot of hype surrounding ICOs lately. I’ve seen a ton of crypto folks thinking the field was unregulated but, as I mentioned previously, its an intensely fact-based determination and I see plenty of ICOs parading around, thinking that they don’t need to follow securities laws. This may have a chilling effect on the token industry, but at least now we have more clarification.”

While many questions remain and industry leaders will certainly be working with counsel and regulators to find a path for ICOs to continue the entire industry has now entered a period of limbo. The one silver lining is the fact the SEC decided not to go in with guns blazing and strong worded enforcement actions.

The SEC Investigative Report on ICOs is below. 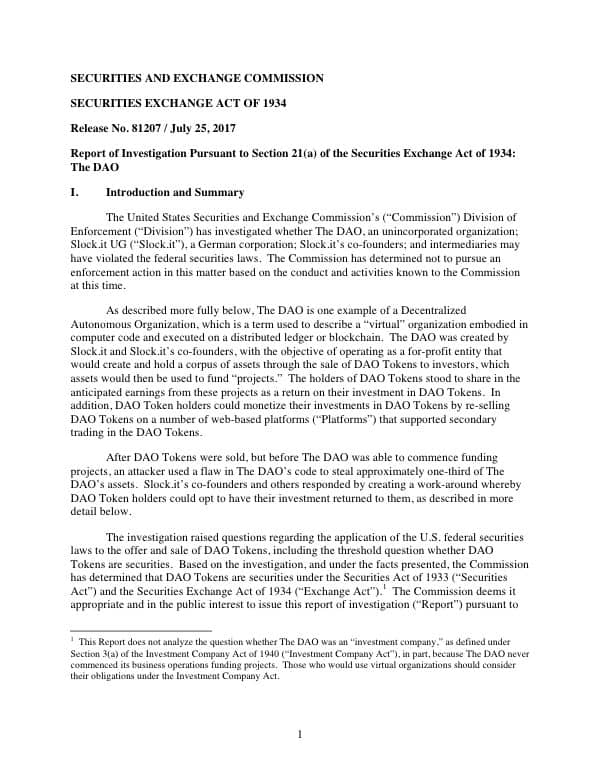