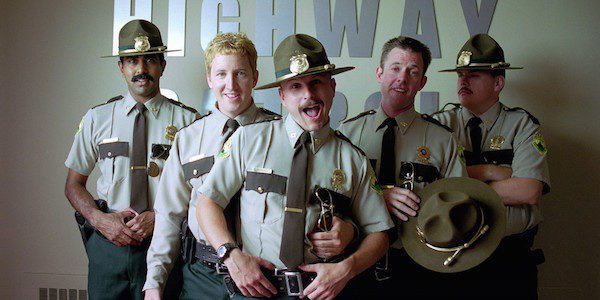 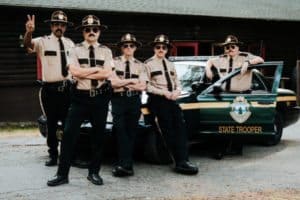 As previously reported, Broken Lizard sought to raise $2 million for the sequel of the 2001 cult classic Super Troopers during its Indiegogo campaign in 2015 and has so far secured more than $4.6 million. In a recent update, the Broken Lizard crew stated:

“Dearest Chickenf*ckers: Our long wait in the cold is finally over.  Well, not over, but the end is in sight. Super Troopers 2 will be hitting theaters in wide release on… ahem… 4.20.18. We just wanted to let you know first before Fox makes the announcement later today. Without you, there would be no sequel, and we damned well know that. So, start rolling, packing or vaping, because we want you in the right mood for when the teaser trailer drops. We will be in touch soon with dates for all of the advanced screenings and premieres.”

“When a border dispute arises between the U.S. and Canada, the Super Troopers are tasked with established a Highway Patrol station in the disputed area.”