Less a month after failing to secure its $500,000 funding target on crowdfunding platform for games Fig, Sirlin Games announced Fantasy Strike begins round one with its release on Steam Early Access for Windows and Mac later today. The game’s description reads: 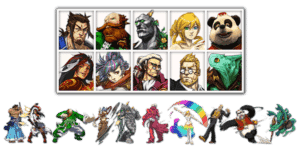 “Fantasy Strike focuses on the fundamentals of the fighting game genre and cuts out extraneous features that can limit accessibility for beginners. The game will appeal to both veterans and newcomers alike, with combat designed from the ground up to capture what makes fighting games so exciting.”

The Sirlin Games’ team revealed Fantasy Strike’s diverse roster of combatants includes a painter, a watchmaker, a flame archer, a dragon-man, and more. It’s fifth and latest battle arena debuts in today’s release: the beautiful Morningstar Sanctuary-the in-world location of the Fantasy Strike tournament itself. A full set of game modes are also available, including arcade, practice, local versus, and online play with the best-in-class GGPO networking technology to minimize online lag. David Sirlin, President of Sirlin Games, then explained: 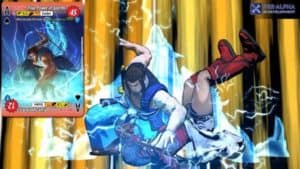 “Whether you’re an expert at fighting games or new to the genre, there’s a big hump you have to get over in any new fighting game before you can ‘play for real.’ Before you get to the juicy part where it’s all about your decisions, you have to be able to actually do all the moves, do the basic combos, know your entire move list, and so on. From its inception, Fantasy Strike has been about launching experts and new players past the usual training mode drudgery as fast as possible. We want you enjoying the intricate dance of fighting games in minutes, not in weeks or months.”

Fantasy Strike will launch for $19.99 on Steam Early Access. The game will be available in English with additional language support planned for the final release in 2018.