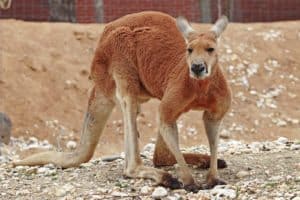 The Australian Securities and Investments Commission (ASIC) is out with a report responding to feedback on their Innovation Hub and Regtech in general. ASIC sought feedback on their overall approach and establishing a new Regtech liaison group.

ASIC received 19 responses from Fintech businesses and technology companies, financial service providers, industry associations, financial advisory firms, and academics. The responses were described as generally supportive of ASIC’s Innovation Hub and their current and proposed future approach to Regtech. In general, respondents were in favor of the Commission being ambitious in the Regtech area.

“We are grateful to respondents for their feedback,” commented Commissioner John Price. “The range of feedback was very valuable in helping ASIC consider the interests and needs of Regtech industry stakeholders.”

Australia has positioned itself as an emerging global Fintech hub.  Appropriate regulation is an important aspect of this ambition and Regtech, in general, can solve many of the challenges regulators need to manage in dealing with financial firms. ASIC plans to hold their first Regtech Liaison Group meeting before the end of the year.

Regarding their Innovation Hub or Fintech Sandbox, ASIC said;

“We want to support financial innovation, including by streamlining the licensing process to facilitate innovation where we can, without compromising on other key principles of the regulatory system, including the provision of important protections for consumers and investors.”

Typically regulators around the world are hesitant to change. Yet change is necessary to adapt to the fast paced sector of digital finance. Many industry observers believe regulators will come around when they realize Regtech may solve many of their challenges they must deal with now.