Ripio Credit Network, a company that has raised $5 million in funding from VC like Tim Draper, Pantera, DCG, Overstock (Medici Ventures) and others. Has launched their Initial Coin Offering pre-sale as they gear up for the crowd sale scheduled to launch on October 17th. This comes just as Ripio has received a nice recognition, along with a check, from the d10e Pitch competition.

Ripio, a prominent crypto-based company in Latin America, is building a global credit network solution that aims to enhance transparency and reliability in credit and lending. Ripio is designed to enable connections between lenders and borrowers located anywhere in the world, regardless of currency.

Ripio Credit Network (RCN) is a new protocol based on smart contracts and blockchain technology from Ripio (formerly known as BitPagos). RCN’s goal is to scale down traditional credit lending selectiveness and inherent bureaucracy and -at the same time- enhance the solution provided by most peer-to-peer lending platforms by diversifying the lender’s portfolio, mitigating default risks and magnifying its potential.

RCN is based on the Ethereum blockchain’s ERC20 standard. The network operates on cosigned smart contracts, thus connecting borrowers, lenders and co-signing agents. While lenders and borrowers connect via RCN tokens, the cosinger undertakes insuring a sufficient volume of credit transactions to predict its own return on investment, manage the debt in the borrower’s country of residence, and collect the funds in case of a default. 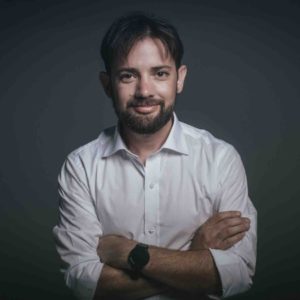 Ripio is a big advocate for financial inclusion in the LATAM region. The company reports they have been facilitating online transactions and payments since 2013 and also extending credit to their Argentinian users over the last year. This endeavor lead them to the finals at last year’s TechCrunch Disrupt.

“Within our longstanding road to financial inclusion, Ripio Credit Network aims to create a decentralized and trustworthy global network that can make it possible for many ideas and projects all over the world come to fruition,” says Sebastian Serrano, CEO and co-founder of Ripio International.

RCN believes that by reducing the traditional banking brokerage costs and management fees they can deliver better conditions for both lenders and borrowers, creating a better credit alternative than anything available today.

If you are interested in learning more about his ICO you can read the White Paper here.