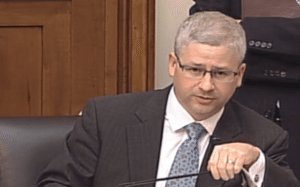 As part of the loan or mortgage origination process an applicant must complete form “4506-T”  for the IRS. This gives the lender the right to access a summarized version of their tax transcript, which is used to confirm data points in qualifying their application. Today this process lives in an analog world. The “IRS Data Verification Modernization Act of 2017”  (HR 3860) seeks to automate this process thus making the process more seamless and much quicker. The Act is said to improve the environment for both consumers and SME borrowers. Fintech firms, such as online lenders, would benefit, along with traditional lenders.

Congressman McHenry released a comment on the legislation. He stated;

“Innovation in financial services has created more convenient and secure ways to meet the demands of American consumers. For financial innovation to succeed, however, Washington must update its information technology infrastructure to keep up with the growth and creativity in the private sector. Our federal government needs to do a better job in updating and securing its technology to make lending more accessible for all Americans. In light of the recent SEC and Equifax breaches, now is the time for Congress to take a leading role in creating a more safe and affordable process so that consumers are protected.  This bill takes a small but important step in that direction by modernizing one of the most important processes in the financial system: income verification.” 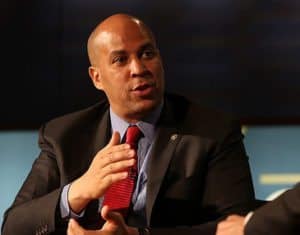 Senator Booker said that helping small business access capital is one of the best things they can do to help the economy grow;

“Our commonsense bill simplifies the loan process for small businesses and entrepreneurs by providing lenders quicker access to financial records and data, while safeguarding private information. This bill will cut red tape and unreasonably lengthy waiting periods, making the process more efficient in getting much-needed capital into the hands of small businesses.”

Since the legislation has bipartisan support it stands a far better chance of making it to the Presidents desk for a signature. Senator Mike Crapo has endorsed the bill as a co-sponsor as well.