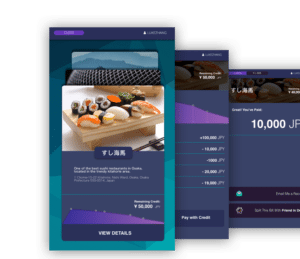 According to the BlockMason web site, this is where things stand today:

“We are particularly excited for our U.S. customers as BlockMason is one of the few companies to make their ICO available to American purchasers after the SEC released their report on the DAO. BlockMason has pioneered legal research into the deployment of securities-law-compliant digital token sales, paving the way for other companies in the future to mimic the product-use token model with which we have been so successful. We are one of the few token sales to launch with a working product, Friend in Debt, which is built atop our Credit Protocol.”

With this Credit Protocol, BlockMason says it has taken the “next logical step in the decentralized economy: democratizing the creation of credit.”

The BlockMason application, Friend in Debt, is designed to settling debts between friends. The App, which is fully operational now, seeks to enable long-term debt tracking, digital credit histories, personal loans, community crowdfunding, and more. BlockMason is also developing Giftchain built atop the BlockMason Credit Protocol. Kind of like a digital IOU management system that can be used amongst friends and by retailers. They expect to add more features and services in the future.

BlockMason considers their digital coin a utility token but it is interesting to note the offer has taken  pains to exclude Chinese investors in light of the recent ban on ICOs put in place by Chinese government officials.