Streamr reports it has closed its Initial Coin Offering (ICO) early having raised CHF 30 million (USD $ 30.74M) from more than 1300 backers. Streamr had set a hard cap on the offer but it was originally scheduled to run until October 26th. The public contribution period was broken down into two successive tracks: a small cap track for contributions between 500-5,000 CHF and a large cap between 5,000-50,000 CHF equivalent.

The Switzerland based company is creating a “decentralized peer-to-peer data sharing protocol,” that is designed to offer scalable, low-latency, and secure data delivery process. Streamr is said to facilitate a novel way for machines and people to trade data on a decentralized P2P network. The company was co-founded this year by Henri Pihkala, Nikke Nylund, and Risto Karjalainen.

“Our team is incredibly grateful and humbled by the outstanding results from our Crowd Contribution Period,” commented Streamr CEO Pihkala. “The support, not only for our platform but for our mission, is truly inspirational and an unforgettable benchmark in the evolution of real-time infrastructure. While our ambitious goal leaves us with a long journey ahead, this early success is a huge leap in making that dream a reality.”

The Streamr “Crowd Contribution Period” finished on October 13, 2017 with the Streamr token or DATAcoin, distributed to participants.

DATAcoin is needed to access and operate Streamr’s real-time data marketplace, and to compensate nodes in the P2P network. Subscribers must pay for the data with the token while producers and participants are reimbursed automatically. A total of approximately one billion DATAcoins have now been allocated.

The Streamr crowd contribution period was managed by Bitcoin Suisse, a crypto-asset broker, and asset manager. Interested parties had to undergo a thorough Know Your Customer (KYC) process prior to whitelisting and participation via a smart contract. 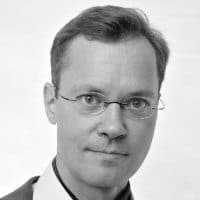 Karjalainen, Streamr COO, said, they were much impressed by the professionalism and dedication of the entire Bitcoin Suisse team.

“We are now moving on to the next stage. The proceeds have been earmarked towards research and development on the Streamr protocol and the technology stack, which will revolutionize how people view and share data.”

Earlier this month Streamr announced that it had joined the Trusted IoT Alliance, an open source software consortium which aims to create a secure, scalable, interoperable, and trusted IoT ecosystem. Founded by industry leaders such as Bosch, BNY Mellon, Cisco, Gemalto, and U.S. Bank, the consortium seeks to standardize an open source blockchain protocol to support IoT technology in major industries worldwide.

“We started this project with the recognition that the world deserves unstoppable data for unstoppable applications and that we would need widespread support to deliver that data. We have seen overwhelming support this month, and now we can eagerly strive to reward that passion with the best platform imaginable,” said Pihkala.