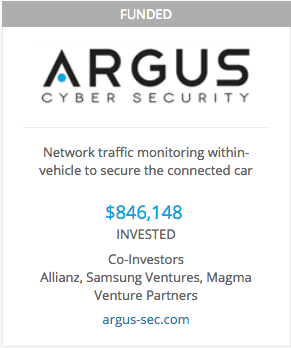 Founded in 2013, Argus is headquartered in Tel- Aviv with offices in Michigan, Silicon Valley, Stuttgart and Tokyo. The company is described as the most comprehensive, market-ready solution suites in the industry, based on 38 granted and pending patents. Recently, Argus raised a $26 million Series B funding from Magna International, Allianz Digital Corporate Ventures (part of Allianz SE), the SBI Group and existing investors Magma Venture Partners, Vertex Venture Capital and the Co-Founder of the RAD Group, Zohar Zisapel.

OurCrowd investors raised $838,148 for Argus at an early stage back in September of 2015 alongside co-investors Allianz, Samsung Ventures, and Magma Venture Partners. While details on the exit were not provided by either Continental or Argus, industry chatter said it was one of the largest successful exits of a crowdfunded company ever. One report placed the acquisition at $430 million – a sum that most certainly represented a significant gain for early investors. OurCrowd is a platform that invests alongside every company raising money on its site. The Crowdfunding platform prides itself as providing a unique and compelling opportunity to invest in highly promising global companies at an early stage. To date, OurCrowd has seen 18 companies exit either via M&A or a listing on an exchange.

Ofer Ben-Noon, co-founder and CEO of Argus Cyber Security, said that Argus was launched with the vision of protecting all vehicles on the road from potential cyber threats; 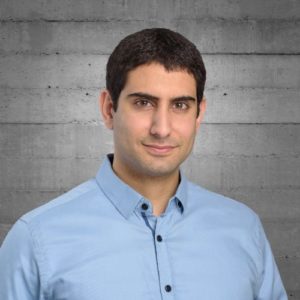 “To this end we have developed the most comprehensive automotive cyber security offering in the industry and enjoy global recognition of our leadership. Joining forces with Continental and EB will enable us to further accelerate the realization of that vision,” said Ben-Noon. “With automotive cyber security regulations in the making worldwide and with already millions of connected cars on the road, I can’t think of a better time, or a more exciting move, than now to become part of EB. Together we will shorten time to market and make it easier for vehicle manufacturers to protect their vehicles from cyber-attacks.”

Founded in 1871, Continental offers safe, efficient and intelligent solutions for vehicles, machines, traffic and transport. In 2016, Continental generated sales of €40.5 billion and currently employs more than 230,000 people in 56 countries.