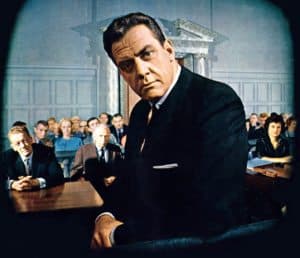 Recently someone forwarded a copy of the Tezos Terms of Allocation regarding their spectacularly successful Initial Coin Offering (ICO). To update anyone that has not followed the odyssey of the high profile ICO, Tezos – a self amending cryptographic ledger”, raised $232 million this past summer in a tokenized offering. A a couple of months later, the whole thing started to fall apart as Tezos creators publicly squabbled with the head of the Tezos foundation, an entity established by the aforementioned Tezos creators to help foster the development and adoption of the Tezos protocol. The dispute? Well think about it, $232 million is a lot of money … Tezos founders are questioning “the value of a bonus he attempted to grant himself.” Ok.

Things got worse for team Tezos as one of the backers filed a Class Action against the company and everyone else involved. The filing in the state of California accused Tezos of selling unregistered securities, along with fraud in the offer, sale of securities, false advertising and more.

Jumping back to the Terms of Allocation for Tezos it is interesting to note the document describes backers as donors. To quote;

So is Tezos actually a charity then?

Additionally, the Terms indicate a backer (or donor) waives the right to a Class Action lawsuit:

“the Contributor waives the right to participate in a class action lawsuit or a classwide arbitration against any entity or individual involved with the Contribution to TEZOS, with the allocation of XTZ and with the operation of the Tezos Network.”

Beyond that, the Terms require a contributor to take a trip to Zug, Switzerland if they want to challenge the Tezos team in court as the ‘applicable law is Swiss law.”

So what exactly does this mean?

Crowdfund Insider reached out to Amy Wan, a securities attorney and Crowdfund Insider Senior Contributor. Wan challenged the agreement, specifically the description of contributions to Tezos as donations, stating;

“If it quacks like a duck, walks like a duck, then it is probably a duck. Just because the Tezos Contribution Terms say contributors were making a donation did not make it so. Donations are usually gifts with no reciprocal exchange. One usually doesnt receive tokens that presumably will skyrocket in value when making a “donation.” Supporters were likely backing Tezos because they were speculating about its tokens as an investment opportunity. In the legal system, we have these pesky concepts like “equity” and “public policy.” Just because a contract says, for example, that one cannot sue as part of a class action and must arbitrate does not mean that is so. That is especially the case in securities laws, where judges often find a public policy reason not to enforce a binding arbitration clause.”

Regarding a legal vacation to Zug, Switzerland, Wan said plaintiffs don’t have to dig for their passport quite yet;

We also contacted Joshua Ashley Klayman, a securities attorney, CI Contributor and legal lead with the Wallstreet Blockchain Alliance. Klayman was cautious in her comments;

“At this point, in my view, it is too early to draw any conclusions about the outcome of this case,” explained Klayman. “The company and the founders have not yet had a chance to respond to the complaint. And a complaint necessarily reflects only one side of the story, and only one version of the facts.  Moreover, stepping back, it is important to bear in mind generally that a full analysis of any given token and token sale would be needed in order to determine whether such a given token is likely to be a security. In my view, it is not enough simply to skip the analysis and summarily conclude that a given token is a security.”

So why would a Tezos backer agree to donating their money to Tezos? While waiving their right to important possible legal actions? That’s hard to tell. Regardless, Tezos will be lawyering up – most likely in both Switzerland and California.

This one is developing…