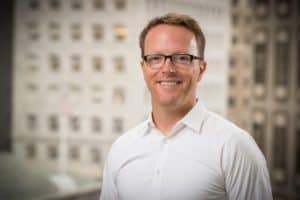 LendingClub (NYSE:LC), the largest marketplace lending platform in the United States, has published Q3 2017 financial results. The company delivered the best revenue in LendingClub’s history generating $154 million in top line revenue, an increase of 34% versus year prior and 10% over Q2 2017.

“LendingClub’s strong growth and record revenue are clear indicators of our platform’s appeal to both borrowers and investors. Responsibly helping more people get access to the credit they deserve is why we exist as a business and hitting new milestones on both sides of the marketplace is a testament to the power of our business model.”

“We are seeing operating leverage as we continue to scale and invest in reducing friction and creating efficiency in our products. We closed our third quarter with $20.9 million in adjusted EBITDA, expanding the margin by over 10 points.”

Operational highlights for the third quarter include:

LendingClub provided the following guidance for Q4 of 2017;

The LendingClub results came in at the low end of guidance from Q2 when the company set expectations for revenue at $154 to $159M and Net Income at $(12) to $(8) million. Adjusted EBITDA was right in the middle of guidance.