Allianz X, the venture unit of the German-based Allianz Group, announced on Friday strategy and leadership changes intended to prepare the entity for long-term success. According to Allianz X, given the shift in strategy, the venture unit will discontinue its early-stage company building activities and focus on digital investment with strategic relevance for Allianz. Allianz X will also invest in five ecosystems, which are mobility, connected property, connected health, wealth management and retirement, and data intelligence and cybersecurity. 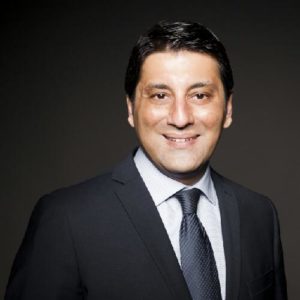 Dr. Nazim Cetin, Co-CEO of Allianz X, will notably take on sole leadership of the company effective immediately. Cetin joined Allianz X most recently from media conglomerate Bertelsmann, where he was a Vice President of Corporate Development & New Businesses, as well as Head of Business Development. According to Allianz X, Cetin brings over a decade of corporate and investment experience and additionally has advised many successful international venture capital funds. Speaking about Cetin’s role in Allianz X, Solmaz Altin, Chief Digital Officer of Allianz Group, stated:

“We wish Nazim the best in managing the new strategic digital investment fund, which will support our broader mandate to bring innovation into our core business, enabling us to become digital by default.”

Peter Borchers successfully managed the transition from former Allianz Digital Accelerator to Allianz X. During his tenure, Abracar was launched and Allianz became an investor in Lemonade, among others. After this development work, Peter Borchers has reportedly decided to seek opportunities outside of Allianz, but will continue to support Allianz and the Group CDO as advisor on digital matters. Altin added:

“We regret that Peter decided to leave, thank him for his leadership during the past year and wish him the very best for his new endeavors.”