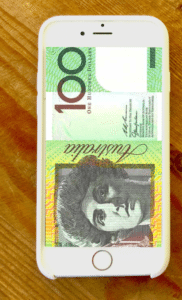 FinTech Australia has provided a comment on the consultation paper published in August regarding authorising new entrants into the banking industry. The creation of digital challenger banks in Australia is a welcomed move but, according to FinTech Australia, needs some improvement.

The discussion paper proposes that new banking entrants, known as “Authorised Deposit-taking Institutions” (ADIs) can apply for a “restricted ADI licence”. Under this restricted ADI licence, new banking entrants may take up to $2 million in deposits with an individual limit of $250,000 per depositor over a maximum period of two years, while maintaining a minimum of $3 million plus wind-down costs in reserve capital (or 20% of total assets, whichever is greater). It is expected the restricted ADI licence-holder would remain within these limits while developing the full range of capabilities necessary to graduate toward a full bank licence.

The FinTech Australia submission with the Australian Prudential Regulation Authority (APRA) welcomes the pathway, stating “it is our belief that many innovative new challengers will benefit from this new pathway, and from being able to successfully test their new services with consumers.”

However, the group believes the proposals fall short. In fact, the APRA suggestions could be improved by including the following:

FinTech Australia CEO Danielle Szetho said a few improvements and the pathway could create a path for some much needed competition.

“Australia has one of the most concentrated banking industries in the world, and a large number of struggling small traditional banks. So a regime to encourage increased competition from new digital-first challengers is badly needed. New entrants to the banking industry will bring a fresh, innovative mindset to this industry and in doing this will provide consumers and businesses with increased choice and improved services,” said Szetho. “We think our suggestions will smooth the way for new digital challenger bank entrants to our banking industry, while at the same time ensure ongoing strong customer protections – including the ability for APRA to safely transition out underperforming ADIs.”

Banks around the world are struggling to adapt to their Fintech future. Legacy technology, far too many brick and mortar locations, combined with a risk averse culture means traditional banks are loathe to change. Allowing agile, Fintech startups to provide modern banking services in a mobile first platform should improve services while reducing cost for consumers and business. Isn’t that what APRA, and the Aussie government, wants?