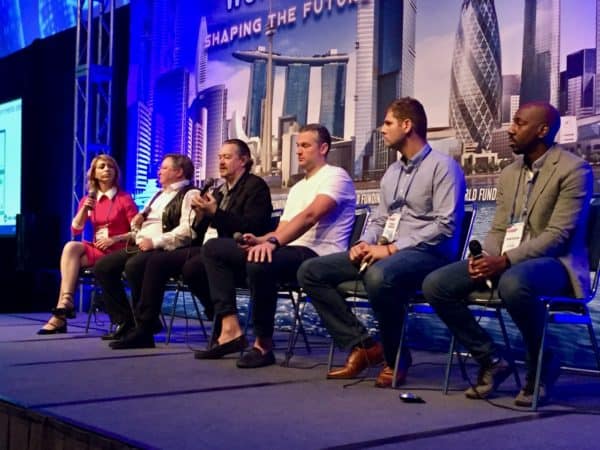 This past November Crowdfund Insider had the opportunity to participate in the World Funding Summit in Los Angeles. Organized by Economist and Entrepreneur Victoria Silchenko, the event has updated and changed over the years as the Fintech industry has quickly expanded beyond capital formation. In the early days, much of the discussion was on providing debt and equity capital to firms in need of growth funding. Today, the entire panopoly of financial services are being disrupted by the digital revolution. This year, a good portion of the Summit shared insight and knowledge on the incredible growth of the initial coin offering market. Token economics is super hot.

Crowdfund Insider has just had a chance to catch up with Victoria following the Summit. Our discussion on the changing world of alternative finance is published below. 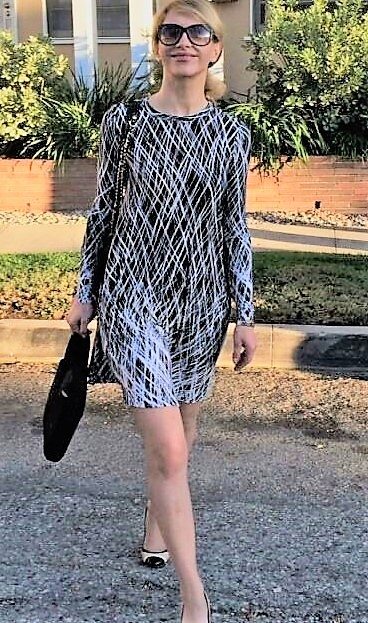 How would you describe the make up of attendees at this years event?

Victoria Silchenko: As a foreign-born entrepreneur I sincerely wanted to achieve diversity – and not just gender and cultural diversity – but the diversity of minds.

We had speakers and presenters coming from Europe, Canada and the Middle East and we had strategic partnerships with numerous organizations such as Tesla Foundation, National Association of Women Business Owners, Black Women In Technology, Women Founder Network, British American Business Council, Blockchain Association Of Canada, Hong Kong Trade Development Center, French Accelerator, Keiretsu Forum and many others. Mission accomplished!

Since our very first annual gathering in 2012, I’ve always believed that real progress happens only through UNITING with all vital parts of the financial system and that was the case again this year.

We had venture capitalists aka heavy lifters from legendary firms including for example Upfront Ventures, Union Grove and CrossCut,  as well as crowdfunders or cryptoinvestors such as Indiegogo or Science Blockchain, just to name a few.

We also had the oldest player in the venture exchange space, the hundred plus years old OTC Markets along with a new-born blockchain based platform the SMBE (Small & Medium Business Exchange), plus the Government Blockchain Association and FINCA International – one of the world’s leading microfinance organizations with over 1.6 million clients across five continents and a loan portfolio of more than $800 million.

Last, but not least – we had providers of SMB loans – I know it probably doesn’t sound as sexy as ICO but we all should keep in mind that while the ICO Market is currently estimated at $3.5B, the present  SMB loan market is $606B and you can always have a mix of capital sources in your “capital sources collection”. Elon Musk btw, loves to work with the government loans – just think about it…

Launching a new business used to be a choice – now, given where the job market is, many people realize that we are moving to a world where launching a business might be the ONLY choice.  Today the U.S. labor force consists of over 30% freelancers – the number will go up and these are the people who are forming a strong base for entrepreneurship.   Our annual gathering has been a place where the most progressive part of financiers finds its voice to boost entrepreneurial ventures and increase access to capital and it was delightful to get an endorsement and encouragement from the LA mayor Eric Garcetti himself this year.

What did you learn this year that was new from prior years?

Victoria Silchenko: I am fascinated with the emergence of ICOs and decided to devote our whole second day of the summit to a deep dive into the topic, naming it “ICO – All You Need to Know” , enriching the day by our ICO global contest “The Future is Now”. I am a firm believer in a world-wide connectivity where any founder or a financier is just a click away and I love the fact that ICOs have removed geographical borders and conveyed liquidity as the greatest promise while raising hundreds of million dollars in a remarkably short time frame.

We need to understand that VCs finance less than one per cent of new ventures and VC deals are expensive: on average it takes 118 hours for due diligence and 83 days to close – and btw 57% of venture capital is deployed outside of the US. 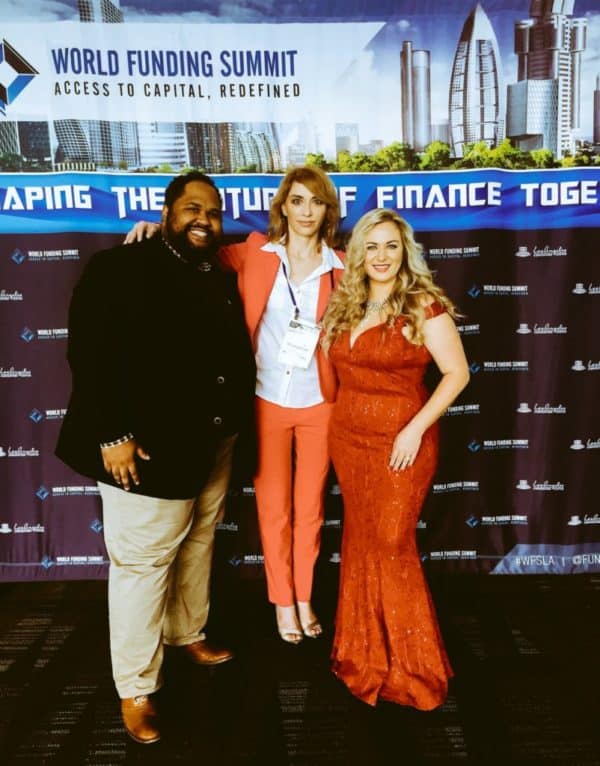 What we are witnessing is  a shift of capital and economic power well beyond Silicon Valley and the US: the largest number of ICOs are coming from countries such as the UK, Germany,  Russia, France and Netherlands.

One of our sponsors, for example, Dmarket, based in Europe, has raised to date $19 million and works with the US law firm as its legal adviser.

But the emerging system has attracted an overflow of bad actors and this has stimulated questions about its trustworthiness and what its future application is, which we were discussing at the event. In search of the best ICO business model, we conducted our first global ICO contest selecting just a few companies to present from the 200 or so applications we received.

While looking at some of them I was astonished by the fact that there was nothing besides a very unconvincing white paper. If anything – the ICOs are about network effects and in the world where your reputation is the most important currency you have, it is hard for me to understand why some folks would put it at risk. We were happy to welcome on board  ICOInvestor.TV, which is perfectly positioned to become a platform for educating both founders and investors on a global scale.

Tokenized offerings / ICOs are all the rage. Will this continue? 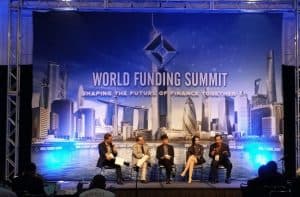 Victoria Silchenko: I believe that any meaningful change requires initiating the kind of conversations that make people uncomfortable… ICOs these days represent what the polaroid camera was for the photo industry – everyone was fascinated with it for a while, but people moved on quickly once the marketplace has transformed and digital cameras came to play.

We are still living in the “Internet of Things” mindset and to move to an inevitable “Internet of Money” stage will require time and some serious learning. I very much believe in a future of “utility tokens” but so far, the majority of ICO promoters sell tokens to speculators, not the actual customers or people who ultimately plan to use a product, so it is clear that over 95% of current ICOs will fail and we will witness some kind of “black swan” event very soon.

But the fundamental question to reflect on is – why we’ve ended up with a crypto-movement in the first place with the US playing quite an active role.

First of all, we’ve been witnessing what is called the “financialization of the economy” with a mounting profitability of the finance sector at the expense of the rest of the economy.

There are numerous data driven reports which prove that investment in the real sector of the economy falls when financialization rises, rising fees paid to financial markets reduce internal investment funds, and the financial sector’s profits are basically economic rents rather than a return to greater economic value.

Add to this the fact that companies spend more on share buybacks then R&D or employees and business with no exit strategy have become invisible for institutional investors – which has led to a disproportional financing among industries, geographies and yes, gender (we, women, tend to be in non-tech industries) – and you will see a rather disturbing image when finance finances itself.

If anything, we should think of a system where the financial sector works at a very low cost and incentives the investments based on the impact and societal benefits, first and foremost – and inclusivity is the keyword. I am not suggesting that “tokenization” of the economy is going to resolve all of the above, but I am fascinated with blockchain technology itself, which should become a driving force for connectivity and transparency in the venture financing world.

Second, it is time to admit that we need to take a new look at the current regulatory tools.

I would leave this one to SEC lawyers; for now, let me just say – the regulations need to “catch up” with the technological progress while protecting the good from the bad. Let’s talk briefly about   the infamous Equifax breach, for example. Just like any American citizen I was shocked – Equifax was founded in 1899 and has been a trusted institution for decades –  but what was even more disturbing to realize that we cannot be protected by regulators.

Credit bureaus in the US are some of the most regulated institutions following the Fair Credit Reporting Act (FCRA) which is a federal law administered by the Federal Trade Commission. There is another federal law, the Truth in Lending Act (TILA), aka the Consumer Credit Protection Act, which covers disclosures and mandates unification of the terminology. And while “digging deep”, I discovered even more laws and all types of rules so there is clearly a misalliance between “protecting tools” and their outcome. 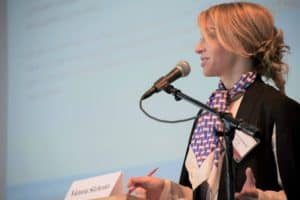 While remembering a quote by Plato “Good people do not need laws to tell them to act responsibly, while bad people will find a way around the laws”,   I now wonder if a blockchain based solution can disrupt the old system while operating within a framework and a set of rules that would be impossible to break.  If anything, the ICO world has already suffered badly from bad actors and stories and I would love to see it entering the age of maturity and look forward to it having the proper legal framework and investment model on a global scale.

Finally, we should keep in mind that never in history has the US has had levels of debt it has accumulated by now – and the debt can be paid primarily with tax revenues (well – except Saudi Arabia, for example, that was actively selling oil and this made it reduce its debt from 80% of GDP in 2003 to 10% in 2010).

One way or another, higher interest will have to be paid on government debt; to do nothing means fewer jobs and low salaries. Internationally, US Dollars & Euros have dominated due to guaranteed economic growth and value which was based on faith in the system. It is not the case anymore. Political leaders, including in Russia and China, have called on the world to move towards a sovereign reserve currency and governments from both countries are now actively following cryptocurrencies and are on the verge of issuing their own.

Let’s remember that the offshore banking system is estimated to be around $20-$30 trillion – now the countries are not only competing for the most favorite tax structures but also for easy access to global capital (btw, the most pre-ICO/pre-sale money are coming from the offshore zones).

If anything, we should keep in mind that we are entering an era when geopolitics along with blockchain technology will be playing a very active role and the venture financing world is becoming global and digital.

The future has arrived.