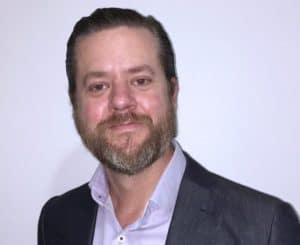 “Bradley joins Dash from American Express where he has spent the last 17+ years in a variety of partnership and finance roles across the globe. Originally from Arizona, he has spent the last 13 years in Sydney Australia where most recently he led a regional team in sourcing, negotiating, and managing strategic partnerships for the benefit of American Express Centurion and Platinum card products and customers. Brad brings tenured experience in working with global teams, managing remote people leadership as well as a strong partnership philosophy. In addition, he’s also passionate about the cryptocurrency space which has seen him participate as an investor and perform ad hoc ICO due diligence/analysis.”

Taylor noted that Bradley will be based out of Sydney and added:

“We expect to scale up our capacity rapidly in every region to meet the increasing pace of new integrations and expand our presence in the market.”

The appointment of Zastrow comes just a few weeks after the company announced its integration with Uphold. As previously reported, customers of Uphold can now buy Dash directly via bank transfer in the U.S. and SEPA in the E.U., by converting any number of more than 30 supported fiat and cryptocurrencies, as well as sending to anyone with an active email address. Funding Uphold accounts using major credit cards will also be possible in the days following this integration.