Petal, a credit card startup pioneering “Cashflow Underwriting” as an alternative to traditional credit scoring, announced on Wednesday it raised $13 million through Series A financing round, which was led by Peter Thiel’s Valar Ventures. Founded in 2016, the fintech company is looking to build a different kind of financial services company, with a mission to make safe and affordable credit accessible to everyone. 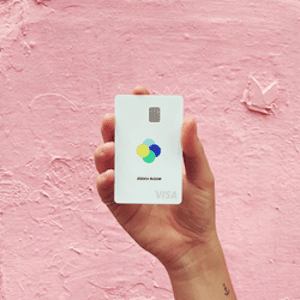 “Petal is tackling one of the credit industry’s deepest problems: because traditional credit scoring relies heavily on borrowing history, it may underestimate the creditworthiness of an entire generation of younger U.S. consumers, along with millions of others historically underserved by the financial services industry.”

The company also noted that it has developed a new technology called “Cashflow Underwriting,” which analyzes, in real-time, an individual’s digital financial record. Jason Gross, Petal’s CEO and Co-founder, stated:

“Today’s credit system unfairly labels young Americans and other new-to-credit borrowers as ‘high-risk’, then punishes them with high interest rates and excessive fees. Petal breaks that cycle, using technology to give tens of millions of people the credit they deserve.”

Andrew McCormack, a founding Partner with Valar Ventures, then added:

“Petal’s technology has the potential to reshape how we assess consumer creditworthiness. That has big implications for credit markets in the U.S. and around the world. We’re happy to offer Petal our support in helping people who are overlooked and ill-served by today’s credit system.”

Along with receiving the Series A funding, Petal announced it hired Shiri Wolf, a longtime senior counsel with the Consumer Financial Protection Bureau (CFPB), as its general counsel. The company noted that over the past few months, Petal has made a number of high-profile hires, including Shiri Wolf, Senior Counsel in the CFPB’s Office of Regulations, which crafts and implements federal regulations governing financial services and products.