On Thursday, Danish fintech Cardlay announced it secured a $5 million investment from SEB and SEED as it prepares to expand globally. Founded in 2016, Cardlay describes itself as a single software platform that issues, loads, and manages cards and expenses globally. 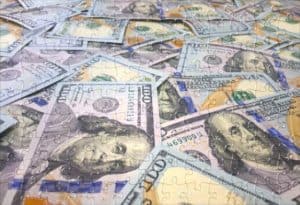 The company noted it has through the last year and a half further developed their Cards and Expense Management platform into a license model for Commercial Banks. Speaking about SEB’s investment, Senior Investment Manager, Johan Wolf stated:

“Cardlay has developed a unique platform for a Frontend meeting with the Banks Commercial Clients, which gives an extraordinary possibility for better revenue for existing customer databases in addition to digitalising handling and services.”

“We believe that Banks, both national and international, will seek partnerships even more in the future with FinTech companies to ensure innovation power and distinctly faster market launches. Cardlay comes with a proven concept from multiple integrations coupled with a focused international strategy to position themselves as a market leader in Frontend for commercial transactions”.

“Cardlay has evolved from a strong Danish Business Case into an IT-Export adventure by having developed the right product at the right time for a market that hungers for digitalisation”.