UK-based fintech Flux announced on Tuesday it has extended its partnership with Starling Bank by integrating digitized loyalty rewards directly into the bank’s mobile app. According to Flux, the new integration marks the second stage in a successful partnership between Flux and Starling, which last September unveiled real-time digital itemized receipts for customers of the UK’s leading challenger bank. The company reported: 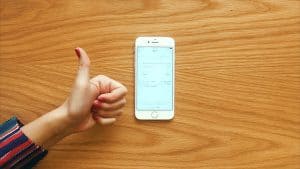 “The latest Flux service will instantly display loyalty stamps in the Starling app when a customer pays with their Starling card at any of Flux’s retail partners, which include all EAT. stores where Flux customers have exclusive use of a unique loyalty stamp programme which rewards the cost of a fifth coffee. Flux will be announcing a series of partnerships with top tier retailers in 2018.”

“We are very excited to announce the launch of our Flux loyalty integration within the Starling Marketplace. Our partnership with Starling Bank reflects the cutting-edge approach both Flux and Starling are taking to reinvent receipts and loyalty for the 21st Century.”

Launched in April 2017, Flux has a UK patent-pending algorithm that links purchases to bank cards through software integrated into the retailer’s point of sale system without interfering in payment processing. The company reported that this technology makes the purchase more useful to the customer, eliminates the use of paper and reduces time spent at checkout.