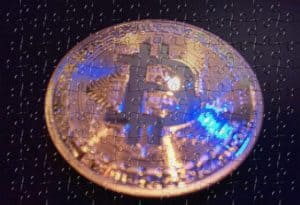 The Defense Security Service (DSS), the government agency that oversees the protection of U.S. and foreign classified information and technologies, has issued a brief statement on Bitcoin and cryptocurrencies in general. The DSS says it has received a number of questions from industry as to whether ownership of cryptocurrencies, such as Bitcoin, should be reported by cleared persons or individuals seeking a security clearance.

DSS states there is currently no Department of Defense (DoD) guidance related to the reporting of ownership of cryptocurrencies. DSS says it is working with DoD policy offices for further clarification and once such guidance is issued, DSS will ensure the widest dissemination to industry.

Based in Quantico, Virgina, the DSS is an agency of the DoD, which reports to the Under Secretary of Defense for Intelligence. The DoD may be concerned as to the nature of acquisition regarding cleared or pending security applicants, or any utilization of digital currencies due to its largely unregulated nature and reputation for being engaged in illicit transfers.