Credible, a very promising early stage fintech marketplace, announced on Monday it has appointed Chris Bishko as its new chief financial officer (CFO). According to the company, Bishko has more than 20 years of experience in technology and financial services as an investor and investment banker. He has joined Credible from Omidyar Technology Ventures, where he was a partner focused on venture investments in financial technology, enterprise software, and consumer Internet platforms. He has also served as a board member of Prosper Marketplace since 2013. 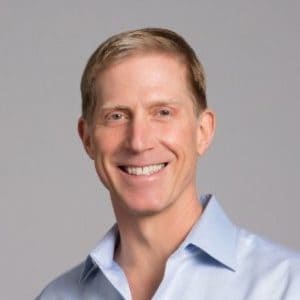 Credible also reported that prior to joining The Omidyar Group, Bishko worked at JPMorgan as an investment banking client officer for enterprise software companies. He began his career as a private equity investment professional with JPMorgan Capital Corp., where he helped lead more than $450 million of financial services-related investments. Speaking about Bishko’s appointment, Stephen Dash, Founder and CEO of Credible, stated:

“We are proud to have a leader of Chris’ caliber join our team as we enter an exciting stage of growth. Chris has an impressive track record of helping companies scale, a deep network across the financial technology ecosystem and a shared vision for building long-term value at Credible.”

“I’m impressed by Credible’s approach to becoming the ‘Expedia for consumer lending,’ where consumers can easily shop for loans across bank and non-bank lenders and receive and accept actual offers within a seamless online marketplace experience, With its impressive team, unique business model, and commitment to making financial services more efficient, convenient and relevant for people, Credible is well positioned to be a leader in the transformation of consumer finance.”

Credible added that Bishko joins other recent high-profile appointments, including Ron Suber as chairman and Alan Gellman as chief marketing officer. The company notably closed out 2017 with a successful Initial Public Offering (IPO) on the Australian Securities Exchange (ASX).