Digital payment platform Alipay announced this week it has reached a new partnership milestone with Canada-based fintech Motion Pay Technology Inc. According to the company, the partnership has resulted in a significant number of merchants across Canada enabling Alipay at point-of-sale. 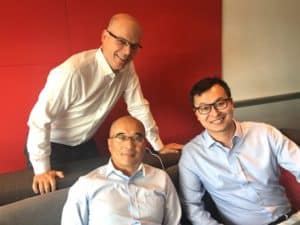 According to the duo, Alipay is now accepted in all major cities in Canada including Toronto, Vancouver, Montreal, Ottawa, Banff, among others, and across several categories including retail, restaurants, hospitality, and luxury. Souheil Badran, President of Alipay, Americas, stated:

“We are thrilled with the success of our partnership with Motion Pay to date, which has played an instrumental role in our growth across Canada this past year. As our first Canadian partner, Motion Pay has helped us to reach critical mass in acceptance points across Canada. We look forward to continuing our relationship and enabling even more Canadian brands and retailers to connect with the growing number of Chinese consumers seeking items they can’t find at home, and simplifying payments by offering Alipay’s familiar method.”

Also through the partnership, Alipay’s more than 520 million active users in China will be able to use their Alipay Mobile Wallet at point-of-sale with Motion Pay merchants, both in-store and online. Eric Paquet, president of Motion Pay, then added:

“Chinese consumers are a rapidly-increasing segment for Canadian merchants. We continue to drive Alipay’s Canadian market adoption in every major Canadian city from Halifax to Vancouver. Many Canadian merchants can already attest to Alipay helping their business expand Chinese commercial, tourism and trade opportunities.”

Founded in 2004, Alipay is operated by Ant Financial, part of Alibaba. The company is described as a third party payment and lifestyle platform for a “cashless” society.