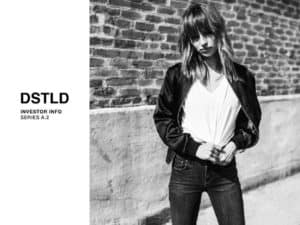 Fashion shop DSTLD closed its second crowdfunding round on SeedInvest this past weekend.

According to the campaign page, DSTLD raised $3.1 million from 1783 investors. Pre-money valuation was pegged at $30 million. Individual investors received preferred equity if they decided to back the direct to consumer focused retailer.

Launched in LA in 2014, DSTLD started with jeans, a staple in most people’s closets, and cut the middle man out. Over time, they have been adding a wider range of clothing products all based off of an ethos of high quality minus the excessive markup.

This is their second Reg A+ crowdfunding offer completed on SeedInvest and this Series A2 round topped the first round by over a million dollars.

In an email to supporters, DSTLD stated;

“We not only surpassed the amount of funds raised last year, but also exceeded our expectations of this year’s raise and garnered over $2.7M in investments (that’s $1M more than our last round!). We’re now the most successful e-commerce deal in Seedinvest history!  We set out on this journey – to raise funds directly from our loyal fans – just under two years ago because we felt if we ever made it big down the road, our supporters should be the ones rewarded first.  Whether you’ve invested in our Online Public Offering or recently discovered DSTLD, our entire community of over 64,700 customers has contributed to the success and tremendous growth of the brand. We could not have gotten here without you.”

DSTLD is a great case study in crowdfunding as it has an interesting product (high quality, very low price) and a growing number of consumers purchasing goods from their platform. This combination of a forward facing product with an already established base of fans helped DSTLD raise the growth capital necessary to expand. DSTLD wants to disintermediate retail following in the footsteps of well known brands of Dollar Shave Club, Warby Parker and Everlane. As we all know, most people skip the mall these days and do their shopping online and DSTLD fits nicely into a digital retail world.

Now with some marketing fuel in the bank, expect to see and hear more from DSTLD in the near future.