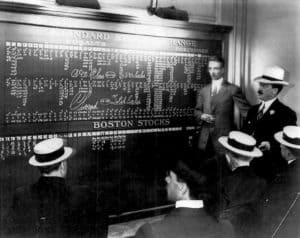 CryptoSecurities Exchange (CSX) wants to be the first “SEC-registered, Blockchain-based national securities exchange. The company reports it has already registered with the Securities and Exchange Commission, FinCEN and addressed other regulatory needs. The aspiring crypto exchange says it has established a SuperPAC to promote their agenda on Capitol Hill too.

CryptoSecurities Exchange explains that today $1.7 trillion market of over-the-counter (OTC) publicly traded companies intentionally choses not be traded on one of the major legacy exchanges due to the prohibitive cost. Additionally, mishaps on Wall Street have resulted in overreaching securities regulations that inadvertently prevent entrepreneurs and startups from accessing public capital. Entrepreneurs have had to resort to raising capital online and the company believes that crowdfunding sites have failed to meet their full potential because the investor base of these types of platforms largely cater to accredited investors.

CryptoSecurities Exchange says it will be operating under the state of Delaware’s new crypto-securities law, which allows stock to be digitized and transferred electronically via a distributed shareholder register in a blockchain-based private network, CSX seeks to digitize the shareholder registers of every OTC company in the United States for no cost. CSX adds that it will be working with former SEC regulators and forensic auditors to build a network that has all existing securities laws and regulations built into the code framework.

According to the CSX website, the company is in the midst of a pre-sale initial coin offering.

The CSX online trading platform  says it will eventually be directly connect investors with entrepreneurs, small businesses, and companies throughout the United States. A self-regulating, fully transparent, code-regulated, blockchain-based national securities exchange for Main Street; not just Wall Street, thus challenging established exchanges such as NASDAQ and NYSE. The question is, can CSC raise the capital necessary and cant it executive on its plan.